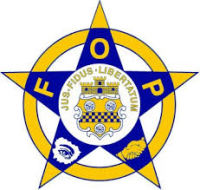 Chuck Canterbury, National President of the Fraternal Order of Police, renewed his call to expand Federal hate crime laws to include those who target law enforcement officers. He spoke yesterday in reaction to the unprovoked assassination of Harris County Texas Deputy Sheriff Darren H. Goforth while he was refilling his cruiser's gas tank.

"My thoughts and prayers today are with the family of Deputy Goforth, who was brutually murdered on Friday while pumping gas into his police vehicle," Canterbury said. "His murderer ambushed him, shooting him in the back of the head and then stood over his body and fired additional shots. This is a horrific incident."

For more than ten years, the FOP has pushed for the expansion of Federal protections for law enforcement by increasing the penalties on perpetrators who select their victims because they are or are perceived to be police officers. After the assassination of two New York City Police Officers Rafael Ramos and Wenjian Liu, the FOP renewed their effort to get such legislation passed.

"In 2009, Congress saw a need to expand the law to protect a group of our fellow citizens who we suspected were being targeted as victims of violence," Canterbury explained. "In the last few years, ambush attacks aimed to kill or injure law enforcement officers have risen dramatically. Our officers deserve this same level of protection."

Of the 23 officers killed by gunfire this year, three were targeted because they were police officers. Canterbury cited two other ambush attacks in addition to Deputy Goforth's murder:

Detective Terence A. Green, a 22-year veteran of the Fulton County Police Department, was shot by a gunman from a concealed position; and
Patrolman James Bennett, Jr. Housing Authority of New Orleans Police Department was killed from ambush while in his squad car.

In 2014, nine law enforcement officers were killed in ambush attacks.

"All of these officers died because of the uniforms they were wearing," Canterbury stated. "They were killed because their murderers had one purpose--to kill a cop. Our nation's law enforcement officers deserve better."