FOP LODGE 77 Delegates Return From NFOP Conference "A memorable, informative, positive experience. I am proud that we are a part of the Fraternal Order of Police."

I have so many positive things to say about the National Fraternal Order of Police (FOP) and its 62nd Biennial Conference which was held in Pittsburgh, Pennsylvania in conjunction with its 100th anniversary celebration.    FOP was started back in 1915 by two Pittsburgh police officers.

I feel privileged to have had the opportunity to attend this conference on behalf of CSLEA FOP Lodge #77.  I learned a lot about this great organization and I am proud that I am, and that we are, a part of it. 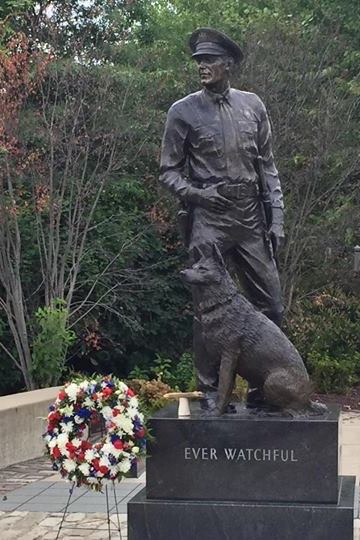 There is a lot to learn about FOP, but from what I have seen so far, the impact this organization has is impressive, from assisting with law enforcement memorial monuments and ceremonies to National Law Enforcement Week which coincides with the date FOP was created.  To me, this clearly indicates the importance and the influence that FOP has here at home and across the country.

It is also clear that FOP is dedicated to its members.  FOP has spent more than a million dollars since Hurricane Katrina, assisting its members who have become victims of disaster.  FOP also supports Easter Seals and other programs that help others - law enforcement or not! 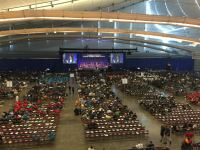 It is very clear to me that FOP has a powerful voice in the political world which is extremely important when lawmakers at every level are making decisions that impact law enforcement, public safety,  and public employees.  The United States  Attorney General speaking at the FOP conference is a great indicator of the voice FOP has in Washington, D.C.

Conference day mornings included participating in general sessions where all lodges from all states (and countries) that are part of FOP were represented.  In the huge field of participants, I saw a sign that said Ireland!!!!  Needless to say, I was very impressed.  We voted on resolutions and board elections. 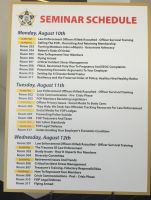 In the afternoons, I attended seminars that were led by top notch presenters.  I learned so much and I am excited to share it with our members.

CSLEA is new to FOP, but I instantly felt welcomed and wanted to share with you, our members, how proud I am that we are a part of FOP.