CSLEA Joins Assemblymember Jim Cooper for BBQ Under The Stars 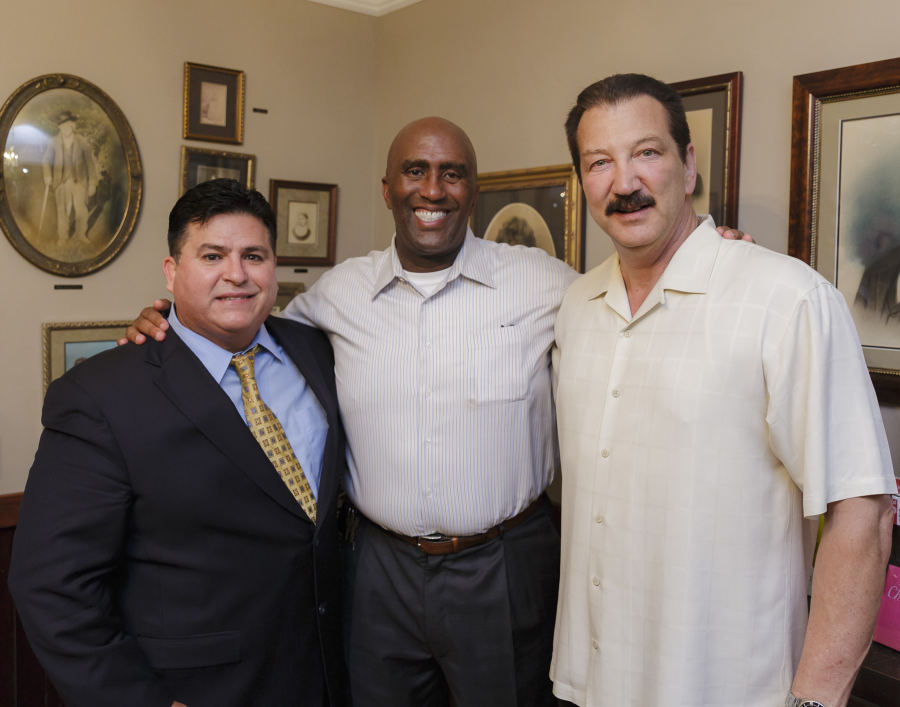 ELK GROVE -When California Assemblymember Jim Cooper announced his first Barbecue Under The Stars fundraising event, there was no shortage of people lined up to attend.

"Jim Cooper has 30 years in law enforcement," said California Statewide Law Enforcement Association (CSLEA) President Alan Barcelona.  "He knows our issues inside and out.  Whenever I go to talk to him about anything law enforcement, there is absolutely no learning curve.  He gets it immediately."

CSLEA President Barcelona and CFO Ricardo Sanchez were among  the many who arrived at the McConnell Estates Winery in Elk Grove October 1, 2015, to show their support for the freshman assemblyman.

"A year ago, I was still working for the sheriff's department and here I am in the state Assembly," Cooper told his supporters.  He referred to his first 11 months in office as exciting but tough, with some victory having had at least six of his bills signed into law by Governor Jerry Brown.

Cooper also addressed the recent attacks on law enforcement, "Law enforcement is under attack.  There are a lot of good men and women out there in law enforcement, some are here tonight.  I feel it is my duty to talk about law enforcement and the good things they do, because, the bottom line, when something bad happens, they're still going to respond."

"I'm really supportive of his stance on law enforcement, public safety and all the things that make Elk Grove a great place to live, " said Elk Grove resident Mario Moreno, who also attended the fundraiser.  "One, he's a great guy, but all the things he's done in the City of Elk Grove and how it transposes into District 9, I'm very supportive."