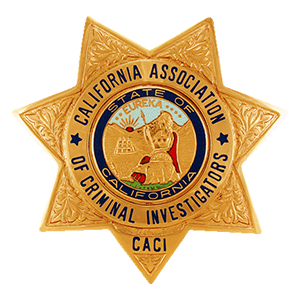 “We put enormous trust in our doctors,” said District Attorney George Gascón.  “Impersonating a physician in order to gain that trust, illegally perform invasive procedures, and then take advantage of these vulnerable patients is a perversion of this noble profession.”

Guzmangarza was charged  with practicing medicine without a license,  sexual assault, identity theft, grand theft, assault with force causing great bodily injury, and false impersonation.  Guzmangarza was originally charged with four felony counts of practicing medicine without a license.  As more victims came forward, including two women who had been sexually assaulted during fraudulent medical procedures, additional charges were added.  In total, 51 charges were submitted to the jury.  Ten victims testified, including the nine women Guzmangarza operated on and the physician’s assistant whom he impersonated.

"Congratulations to Investigator Becker for assisting with this case and seeing it through to prosecution," said CSLEA President Alan Barcelona.  "One victim of this fake doctor's,  is one too many.  He repeatedly put people's health and their lives at risk.  It's horrifying to read what these victims endured."

According to court records, Guzmangarza operated a dermatology clinic on Mission Street in San Francisco called the Derma Clinic. Guzmangarza would tell his patients that he was a plastic surgeon but assumed the identity of a physician’s assistant who had  a similar name and claimed that his clinic was operated by himself and a doctor. Neither the real doctor, who practiced in the Bay Area, nor the real physician’s assistant was affiliated with the Guzmangarza's illegal clinic.

According to court documents, in early 2010, one of the victims was searching for a doctor to perform liposuction on her abdomen and an eye lift. After receiving quotes from doctors in the area, she was referred to Guzmangarza who agreed to perform the procedure for $3,000, a fee much lower than the other quotes she received. Guzmangarza picked up the victim at her house and drove her to his office for surgery, had her hold her own IV bag during the procedure, and he smoked a cigar while he performed surgery. A few days after the surgery, Guzmangarza showed up at the victim’s house with what he said was six pounds of fat that was removed from her fraudulent liposuction procedure, and dumped it down her toilet.  The defendant also treated the victim’s daughter for acne with a series of injections to her face.  Soon thereafter the victim’s abdomen became infected and she was forced to see another doctor for follow up treatment. It was at that time that she first learned that the defendant was not a real doctor. The victim eventually had to undergo corrective surgery.

“This is an individual whose lies and deceit caught up with him,” said ADA Evan Ackiron.  “There are many survivors of this man’s grotesque crimes, and this verdict would not have been possible without their bravery.”

Guzmangarza has been in-custody since his arrest on December 22, 2011. He is scheduled to be sentenced October 30, 2015 and faces up to 36 years in prison.