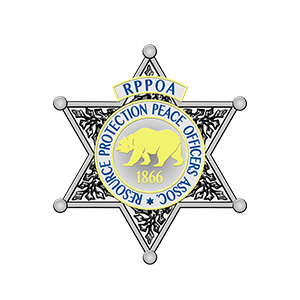 On the afternoon of January 28, 2015, a disturbance call at a mobile home park in Borrego Springs quickly escalated to a man with a weapon, a fire, a man on fire, and ammunition exploding in that fire.The disturbance was  between two men, ages 65 and 54.  The two men were  struggling over a small sword and both had been injured in the struggle. The men separated and went to their respective residences within the mobile home park.

State Park Rangers Mike Dippel and Sasha Wessitsh from Ocotillo Wells State Vehicular Recreation Area were two of the several park rangers who responded to the sheriff's department's request for assistance. Initial indications were that the 54-year-old  was a victim of assault with a deadly weapon.

Once outside, Ranger Wessitch was among those who helped to extinguish the flames burning the man.

The fire inside the residence began to ignite ammunition and the detonations could be heard as Deputy Vasquez and Rangers Dippel and Wessitch helped to pull the man behind a patrol vehicle to administer first aid.  Because the scene was not entirely secure, the fire department did not enter the area and the rangers utilized their advanced lifesaving training to begin to medically stabilize the man.  The fire continued to grow in intensity and the live ammunition continued to detonate as the rangers were approximately 100 feet from the burning residence.  Due to the assistance of Rangers Dippel and Wessitch, firefighting personnel were able to battle the rapidly growing fire and the man was stabilized enough to be flown to a local hospital for treatment of severe burns to a large portion of his body.  The man survived through the night at a local hospital, but he died the next day.

Rangers Dippel,and Wessitch showed tremendous courage, as did the other emergency responders, in the performance of their duties while under extremely stressful conditions.   As a result of their courage and actions, Sheriff Gore presented  Rangers Dippel and Wessitch, as well as other rangers who responded, with a Sheriff's Certificate of Commendation.