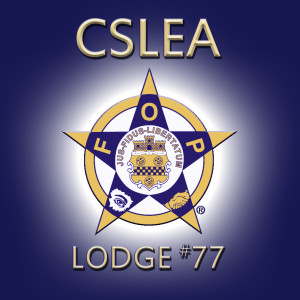 SACRAMENTO- California Statewide Law Enforcement Association (CSLEA) President and California Fraternal Order of Police (FOP) Trustee Alan Barcelona joins a growing list of law enforcement association leaders calling on members to boycott Director Quentin Tarantino's films, includingThe Hateful Eight, which is scheduled to be released later this year.  In addition to the new release, Barcelona is supporting  a boycott on all rentals and electronic ways in which people watch any Tarantino movie.

Barcelona is urging CSLEA's 7,000 members, all law enforcement, public safety or consumer protection professionals who work for the State of California, to boycott Director Tarantino's projects so that Tarantino hears them loud and clear, describing law enforcement officers as "murderers" at an anti-police rally is deplorable.

"As a law enforcement officer for 34 years, I know of the life or death, split second decisions officers are forced to make," said Barcelona.  "This is a proud profession that officers choose because they want to protect and save lives.  I cannot support someone who does not recognize the brave men and women in law enforcement for who they are and what they put on the line each day they put on their uniforms.  I am asking our membership, which includes agents, officers, rangers, wardens , special investigators, firefighters, dispatchers and criminalists, and everyone they know, to boycott The Hateful Eight."