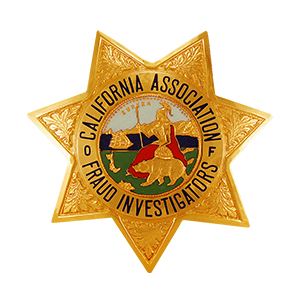 According to San Francisco District Attorney George Gascón, Christopher Ramos, 38, of Santa Rosa, and Jay Trisko, 36, of Rohnert Park, surrendered to outstanding arrest warrants on November 9, 2015 that charged them with grand theft; conspiracy to commit fraud; theft of insurance premiums by a fiduciary; and forgery.  They both appeared in court November 10, 2015 and pled not guilty to the charges.  Bail was set at $550,000.

“These licensed insurance brokers allegedly abused the responsibilities they owe their clients,” said Gascón.  “Their victims thought they had policies covering potential losses, but the premiums they were paying were being pocketed.”

"My thanks to CDI Investigators Borden and Schriber for  their commitment to protect consumers and bring to justice, fraudulent individuals," said CSLEA President Alan Barcelona.  "I have referred in the past to CSLEA's law enforcement, public safety and consumer protection members as California's secret weapon, their work doesn't get a lot of fanfare, but they are there by the thousands weeding out those who commit crimes against us.  Nice work."

Both Ramos and Trisko operated cSolutions Insurance Brokerage LLC in San Francisco.  Between September 2010 and December 2012, they worked as licensed insurance brokers, collecting premium payments from victims to pay for various insurance policies.  The defendants allegedly would either not forward their payments to the insurance carriers, or would only pay a portion of the policy which would result in the cancellation of the policy for nonpayment.  Additionally, Jay Trisko left cSolutions and started Trisko Insurance Services LLC, also referred to as TIS, that was also charged with committing similar acts of theft.  The complaint alleges the aggravated white collar crime enhancement allegation where the crimes involve a loss of more than $500,000.

The arrests of Ramos and Trisko are the result of an extensive investigation by the California Department of Insurance.  Alameda County Deputy District Attorney Matt Beltramo and San Francisco Assistant District Attorney Conrad del Rosario are prosecuting the case.