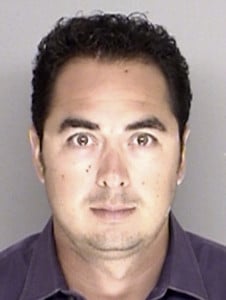 The investigation revealed that Mele acted as a financial planner for a 93-year-old woman and convinced her to reinvest her existing retirement portfolio with him. In June 2007, he sold her $1,154,268 in long-term annuities. Over the course of seven years, Mele twisted and churned these annuities, a deceptive practice of rewriting annuities in order to obtain additional commissions under the guise of providing better returns. Mele earned $295,965 in commissions and caused the victim to lose more than $500,000 in surrender penalties.

In addition, Mele wrote himself $800,000 in unauthorized checks from the victim's checking account so he could invest the funds for her. Bank records revealed this money was never remitted to an insurance company but used for personal expenses including entertainment, travel and gambling.

Department investigators also uncovered a second victim, a 74-year-old woman who lost $80,000 in surrender penalties, lost premium and interest, and suffered additional tax liability after Mele convinced her to surrender her annuities early.

Department investigators were able to get some insurers to refund surrender penalties for victims, once Mele's scam was revealed.

The department has taken legal action to permanently revoke Mele's insurance license. Mele faces up to 30 years in prison, restitution of more than $800,000 and fines of $1.6 million when he is sentenced on January 4, 2016 in Santa Barbara Superior Court.  Mele was arrested June 3, 2015.

"It is one thing to investigate a case, make an arrest, and testify if needed," said California Statewide Law Enforcement Association (CSLEA) President Alan Barcelona.  "But these investigators went the extra mile for the victims and spoke to the insurers about refunding surrender penalties.  That says a lot about the work these investigators do and why they do it.   Great job."