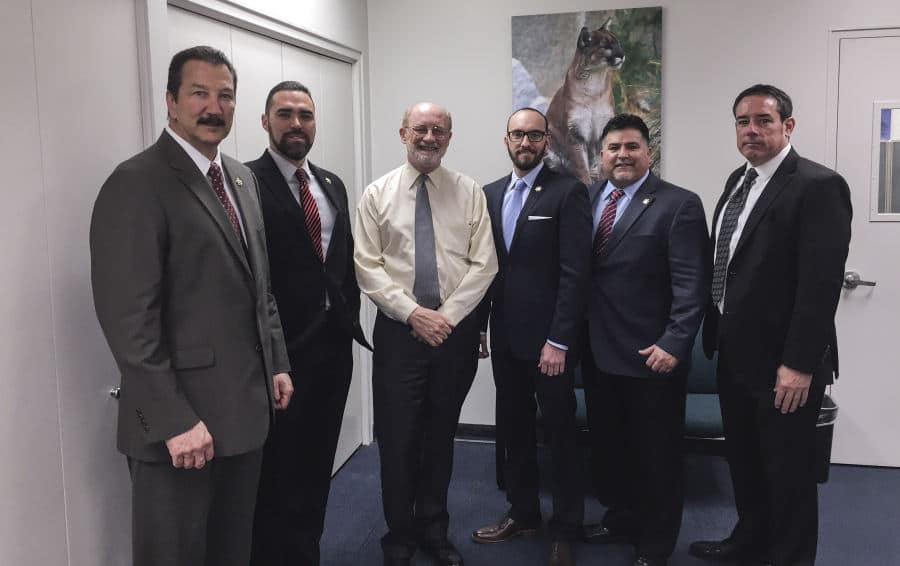 Laird began the meeting by reminding those present of his role in the 2006 contract reopener which netted park rangers and fish and wildlife wardens a 25% increase which the State adhered to even when the recession caused a fiscal crisis which ultimately lead to the furlough of employees.

Yarbrough noted, at the time that the Phoenix Committee rendered its report in the early 1990's,  there were approximately 500 field personnel - today, there are approximately half that number.  Due to the staffing shortages, Parks peace officers are working solo in both high density as well as remote locations which presents major officer safety issues.

Lucich informed Secretary Laird of CSLEA's and RPPOA's willingness to partner with the agency to create greater public awareness of the important work that its peace officers do and a plan to commemorate the 150th anniversary of the first park ranger Galen Clark, in 2016.

Laird was receptive to helping to address the staffing and pay problems and welcomed  the offer to partner in a public awareness campaign. He also complimented CSLEA's and RPPOA's decision to meet in advance of upcoming negotiations before there were restrictions on certain communication.

"This was a productive meeting and I thank California Secretary of Natural Resources John Laird for meeting with us, " said Barcelona.  "We have a dedicated force  of State Parks rangers who are committed to protecting our very precious state park property and, most importantly, the people who recreate and vacation there."

"Our goal is to keep California State Parks a place where Californians and visitors feel safe and can enjoy all that California's natural beauty has to offer," said Yarbrough.  "In doing so, we need to be sure our rangers have what they need to perform their duties safely."