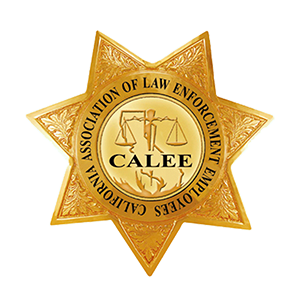 SACRAMENTO-  In preparation for upcoming contract negotiations, on February 10, 2016, California Association of Law Enforcement Employees (CALEE) President Ricardo Sanchez met with Department of Justice field representatives at DOJ headquarters to discuss and prepare CALEE's contract  proposals to be negotiated by CSLEA with the State.

"I am grateful to our CALEE members who care enough about what's at stake, and initiated this meeting," said Sanchez.  "CALEE and CSLEA representatives have been meeting with members to discuss bargaining proposals for months now.  As the negotiation period approaches, more members are interested in speaking to us about the process and what will be bargained at the table."

Sanchez discussed many items that his members would like addressed. 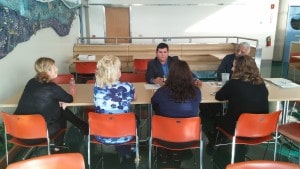 "We had a productive meeting and it is clear what our DOJ field representatives would like  negotiated at the table," said Sanchez.  "I hope all of our members can appreciate the negotiation process and understand why we don't list the specifics online.  Once again, I thank our members for their involvement and, as part of the CSLEA Negotiations Team, I look forward to meeting with the State and working on behalf of our members."

The CSLEA Negotiations team met in January to  begin its in depth review of the many proposals submitted by CSLEA members for consideration for upcoming bargaining, and will meet again in March.

The deadline for submitting bargaining proposals is February 28, 2016.  You can find the CSLEA Bargaining Proposal form here.

Also in attendance at the meeting with DOJ field representatives were CSLEA Member Services Representatives George Pina and Marco Castro.