Pocketed more than $67,000 in illegal commissions 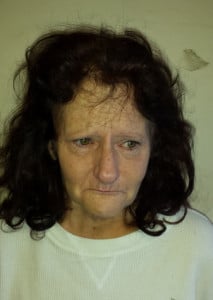 "The illegal activity by some unscrupulous people in the insurance industry absolutely astounds me," said California Statewide Law Enforcement Association (CSLEA) President Alan Barcelona.  "Investigators within the California Department of Insurance are very thorough in their investigations and, no matter how complex the case, see it through to prosecution and sentencing."

Some of the people whose identities Davis used to submit fraudulent applications told investigators they did receive letters from the insurer about a policy, but disregarded it because they thought it was an error.

"This case is a warning to businesses and individuals on spotting potential identity theft," said Insurance Commissioner Dave Jones. "Do not simply disregard mail you receive because you believe it's an error; it could be the warning that something more serious is going on."

The insurer became suspicious when premium notices were returned for invalid addresses and the applicants' information turned out to also be fictitious. Davis received $67,534.23 in commissions by submitting fraudulent insurance applications.  Her preliminary hearing is scheduled for February 26 in Pomona Superior Court.