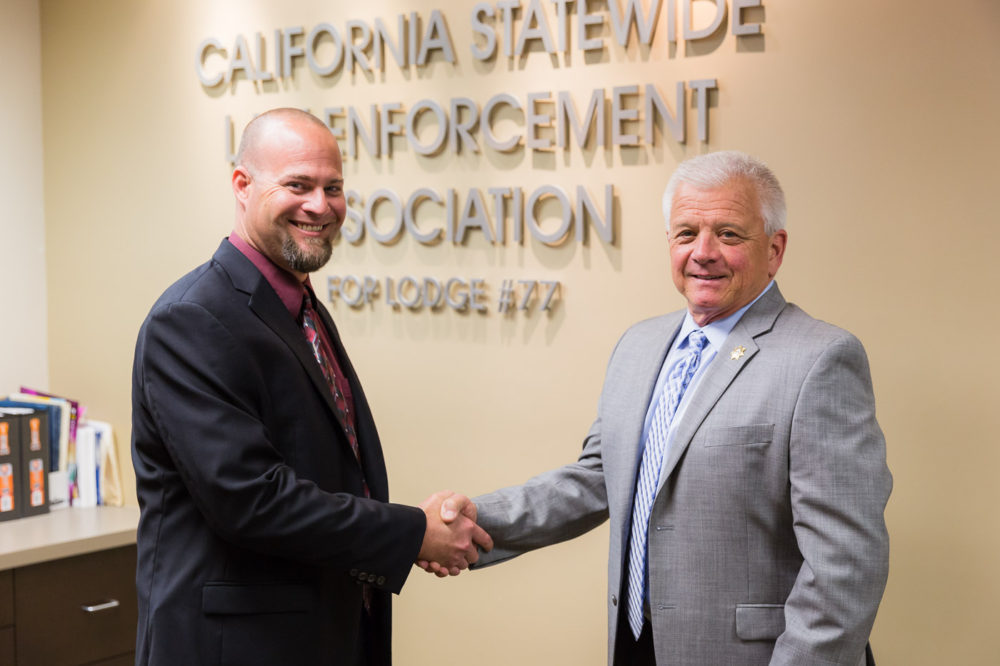 SACRAMENTO- Congratulations to Terry Beatty, California Statewide Law Enforcement Association (CSLEA) board of director and now past-president of  the Association of Motor Carrier Operation Specialists (AMCOS).  After 24 years of service as a CHP motor carrier specialist, Beatty is making some major life changes which include retiring from state and association service, selling his house and moving to a community by the water, and selling watercraft.

"What a wonderful ride it was," said Beatty.   "I had some minor victories and heartaches but all in all, it was a very positive experience."

For his entire adult life, transportation safety has been Beatty's profession  and his passion.  As the leader of AMCOS, Beatty represented more than 200 motor carrier specialist members who make sure the buses and semis rolling along the state's roads are as safe as they can be and are operated by qualified drivers.

Beatty’s experience with vehicles began as a family affair, helping repair and service cars and trucks at his father’s three Mobil stations and one Shell station in Southern California. After helping run the family business for 20 years, he later developed parts and accessories for high performance watercraft for West Coast Performance Products.

After that, Beatty spent five years with Kawasaki as a jet-ski specialist and, quite unintentionally, received his big break in Hollywood, appearing as a stunt double for the Erik Estrada character in CHIPs and instructing cast members on shows such as Fantasy Island, MacGyver, and Circus of the Stars.

At the suggestion of his father-in-law, former CHP Assistant Commissioner A.C. Field, Beatty took a job with the Highway Patrol in 1992.

"Actively involved and leading AMCOS, Terry has dedicated many, many years to his fellow motor carrier specialists and that job is not  an easy one," said CSLEA President Alan Barcelona.  "I know he has concerns about retiring during the challenging time of contract negotiations, but has given CSLEA plenty of notice and is assisting at the bargaining table and with the leadership transition within AMCOS.  I wish him  and his wife the very best in this new chapter of their lives."

"This is the most confusing and challenging time of the year for anyone to step in and there is a steep learning curve," Beatty told Harrison.  Beatty is committed to assisting in the transition, as Harrison will also need to put together a new AMCOS board of directors.

Harrison has worked for the CHP for nearly 10 years, the first two as an auto technician and the past seven as a motor carrier specialist, including time as a MAIT investigator.

"I am up for the challenges of leading AMCOS and hopefully paving a positive path for our members," said Harrison.  "I, too, wish Terry great happiness in his retirement from state service."

Beatty officially retires from state service at the end of April.