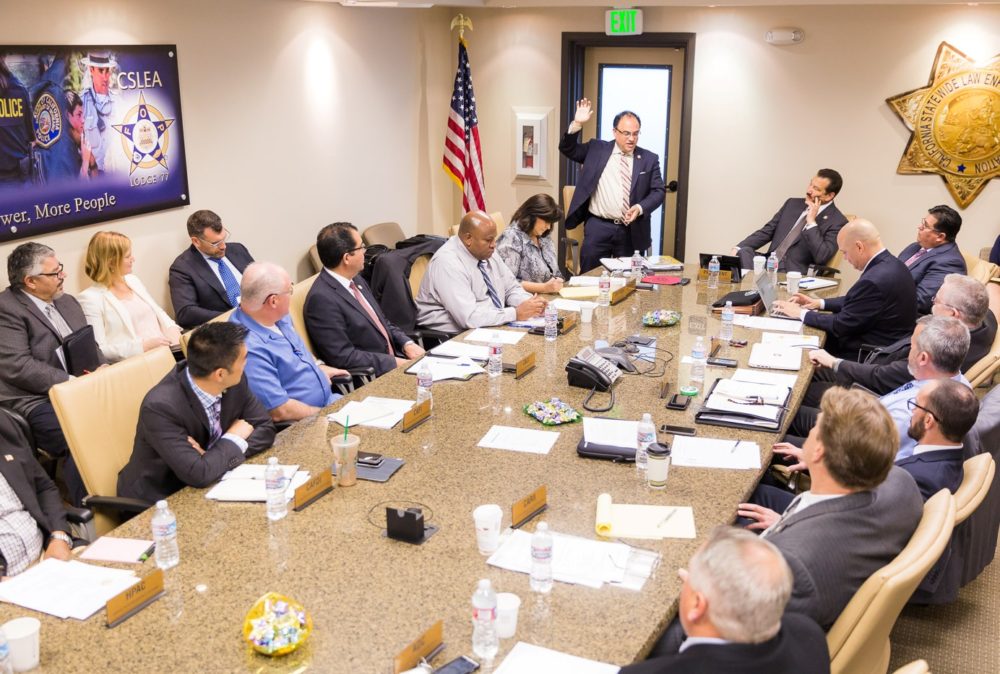 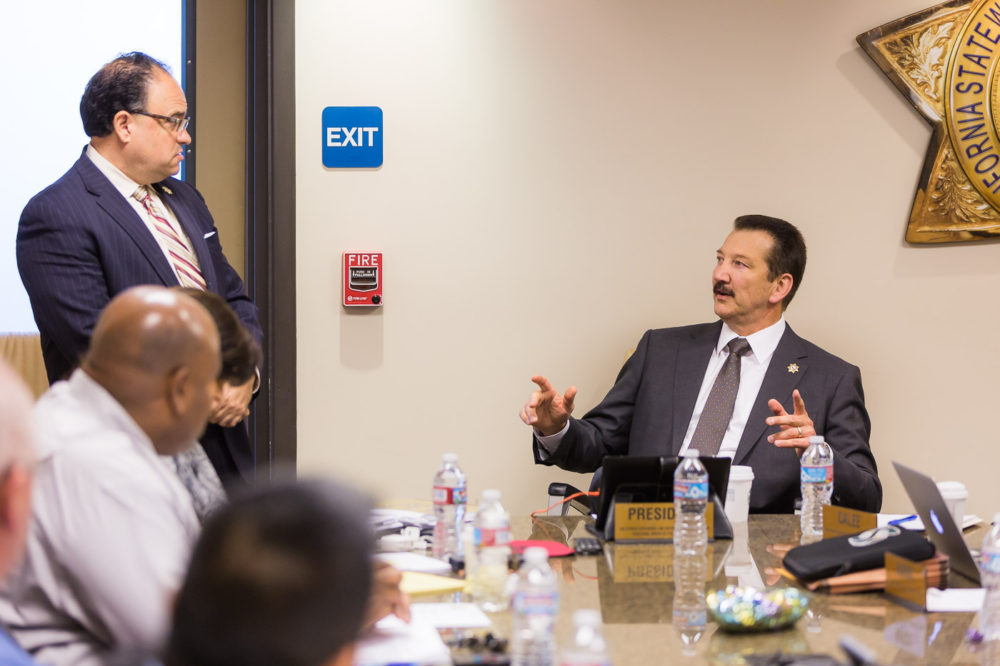 "We got a lot of accomplished in a five hour period," said CSLEA President Alan Barcelona.  "Getting our 18 affiliate presidents in one room to update them on our legal defense work, membership issues, communications, our work at the state capitol, and endorsements  - just to name a few topics, is imperative.   They take this information to their site representatives and colleagues.  Likewise, they are able to bring to the table, what is working and  what needs improving, and we continue to grow from there."

Barcelona opened the meeting by leading board members in the Pledge of Allegiance and a moment of silence for fallen law enforcement officers and members of the military.

The board first received an update from CSLEA Director of Communications and Public Affairs Teri Cox who presented a quick tour of the new CSLEA website which is currently being implemented.  Cox updated the board on social media stats, reporting that CSLEA's facebook page is growing by at least 10 new likes a week, twitter messages are being re-tweeted by legislators and law enforcement groups and emails sent to membership are getting a higher rate of readership as CSLEA is entering contract talks with CalHR and members are looking for updates.  Cox pointed out that the new website has an easy to find bargaining update button for members to click on, as well as an easy to find button for scholarship applications, which are now being accepted.   Cox also presented clips from CSLEA video presentations this quarter and presented a full-length video featuring California Alcoholic Beverage (ABC) agents and Auburn police during ABC's annual, statewide shoulder tap decoy operation March 12, 2016. 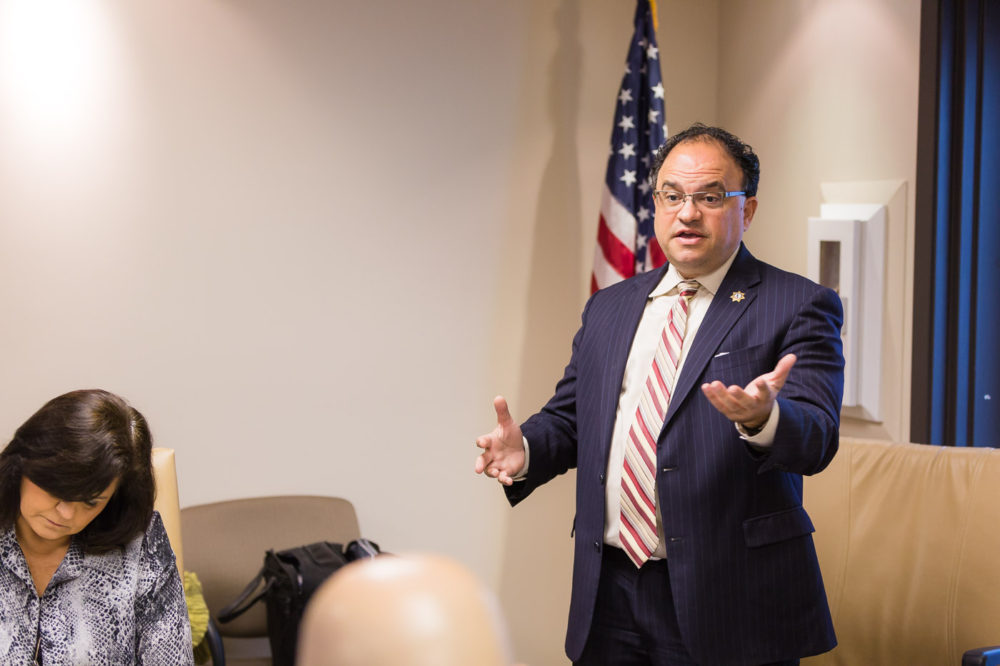 The communications report was followed by an update from CSLEA Political Consultant Peter Mitchell who informed CSLEA officers and directors about the campaigns for United States President, Congress and state offices.  Mitchell spoke about the momentum some candidates have gained, including Presidential Candidates Donald Trump and Bernie Sanders.  "Is it that people out there are angry? You bet," said Mitchell.  "This demonstrates how disgusted people are that nothing gets done."  Mitchell also told CSLEA directors that CSLEA continues to grow in political strength and recognition.

Capitol Advocacy Legislative Advocate Shane LaVigne presented the board with legislation that is currently being considered at the State Capitol including CSLEA's co-sponsored  Assembly Bill 2165 which amends penal code 32000 relating to firearms.  LaVigne reported to the board that CSLEA has hit its stride with legislators and continues to focus on building strong advocates. 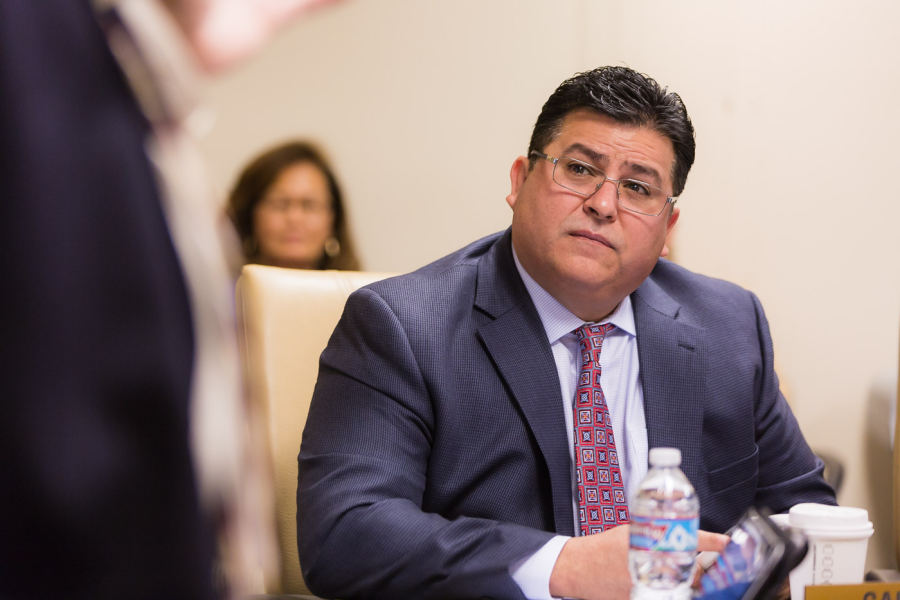 CSLEA Chief Financial Officer Ricardo Sanchez updated the board on CSLEA financial matters and CSLEA membership.  "We are united.  We are fighting for our future and our families," said Sanchez.  "CSLEA is the best association for our members.  We make sure CSLEA members get the best representation and legal protection.  We always strive to do better and never settle for just okay."

CSLEA Chief Counsel Kasey Clark spoke to the board about the legal defense fund, current and resolved cases and legal representation.  As a member of the CSLEA Negotiations Team, Clark also updated directors on the bargaining process, the approximately 150 proposals that were vetted, the language being written for those proposals that will be presented to CalHR, and the timetable.  He also gave a brief summary of the possible avenues the case Friedrichs v. California Teachers Association could take as the result of the death of U.S. Supreme Court Justice Antonin Gregory Scalia.