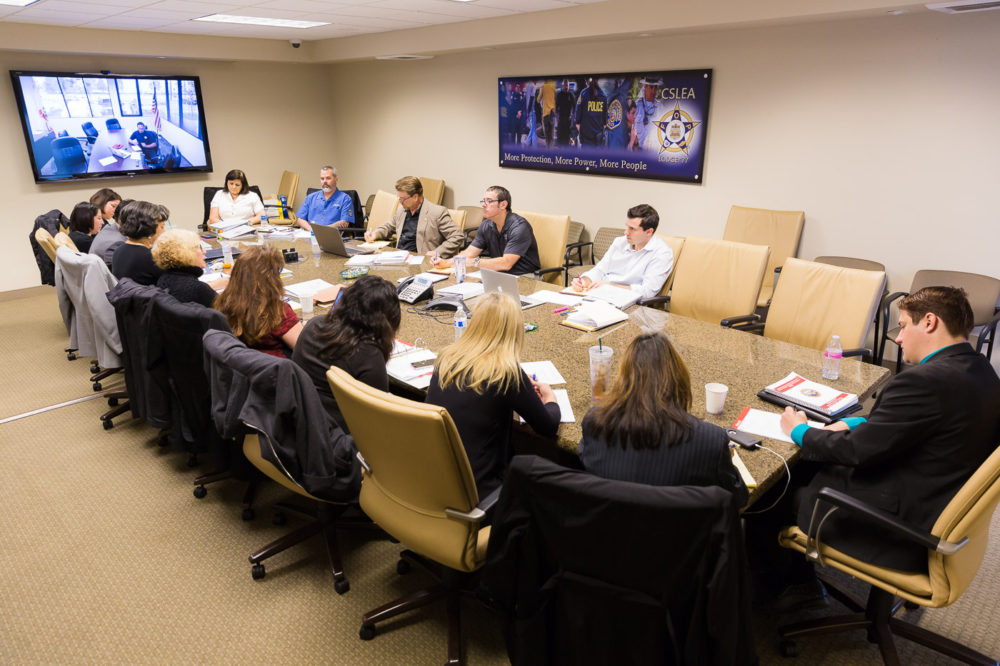 SACRAMENTO - After months of preparation, on March 21, 2016, formal negotiations between California Statewide Law Enforcement Association (CSLEA) and California Human Resources (CalHR) commenced with the first of numerous sessions to be held at CSLEA Headquarters in Sacramento. 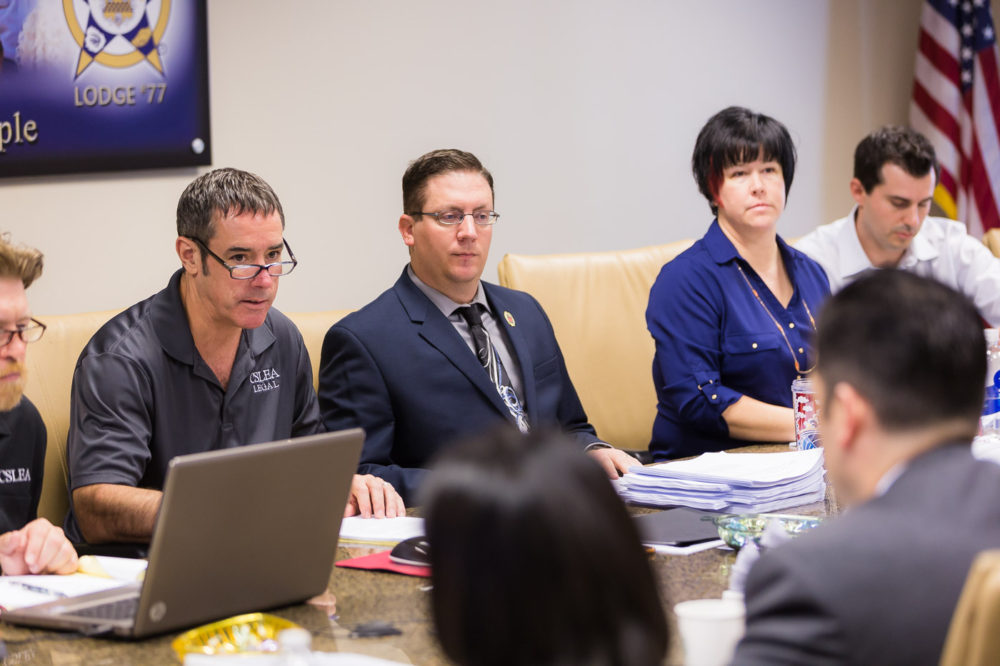 After signing off on the ground rules which govern the conduct of bargaining, Daren Watkins, president of Fire Marshals and Emergency Services Association (FMESA),  and FMESA Vice President Chris Fowler, detailed a number of proposals affecting employees within the FMESA affiliate and also were the first to speak on certain proposals which impact Unit 7 as a whole. CSLEA takes a unique approach to bolster its argument in support of proposals, such as training instructor pay,  by allowing representatives from several affiliates to provide perspective on how the issue affects employees within the various agencies. 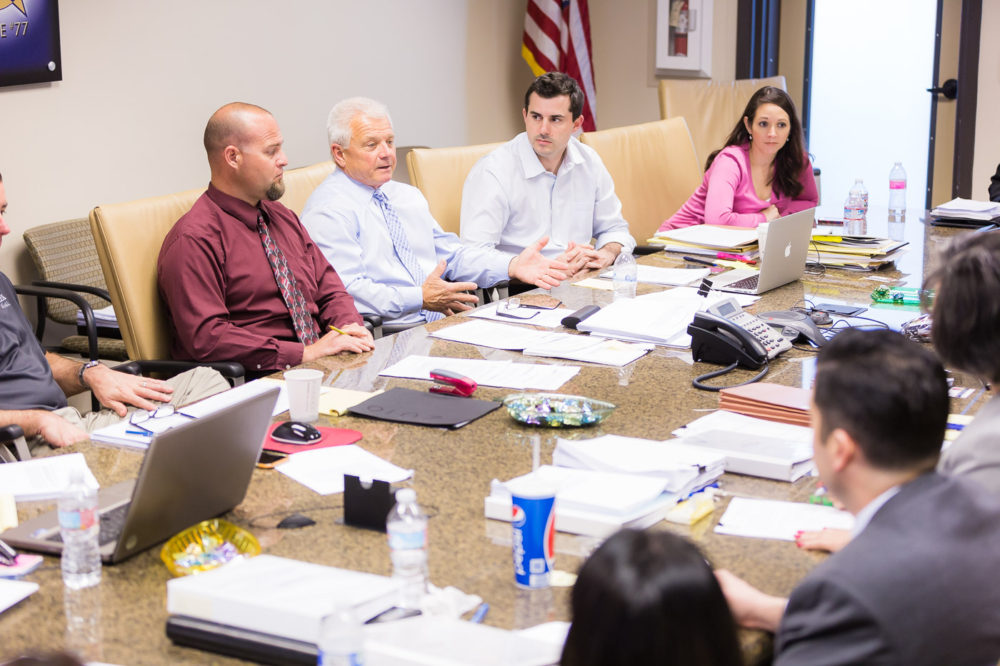 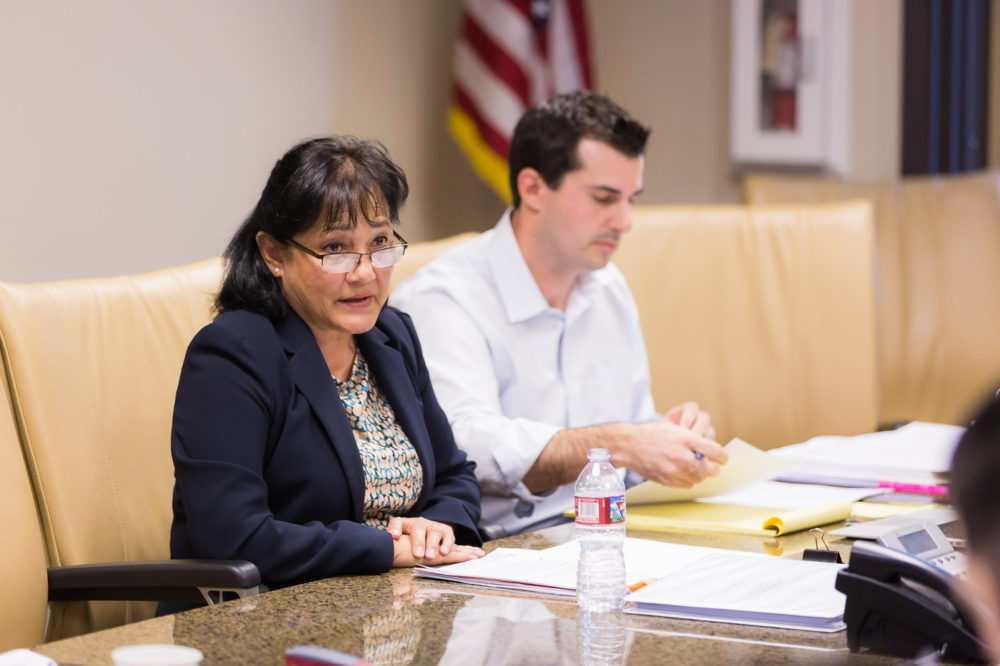 The State bargaining team commended  CSLEA on its presentations and repeatedly expressed gratitude for the work performed by Unit 7 employees.

The next two scheduled bargaining dates are March 28 and April 1. On March 28, the following affiliates are tentatively scheduled to present: AC-DOJ, , CACI, CAFI, and CALEE (Com Ops). There will also be a presentation from the State on its proposal concerning the pre-funding of retiree health care benefits.

CSLEA President Alan Barcelona applauded those who are participating at the bargaining table,  "It is not easy, particularly for those who have never participated in formal negotiations, to sit across the table and address CalHR and agency representatives face to face. But to the credit of these fine Unit 7 professionals  who perform vital law enforcement, public safety and consumer protection duties  to keep the citizens of this state safe, we have the ability to, sincerely and articulately, make the case for improved benefits and working conditions.  I anticipate that the compelling arguments being advanced are being received with the upmost respect they deserve."

Further updates on the status of bargaining will be posted as developments occur.