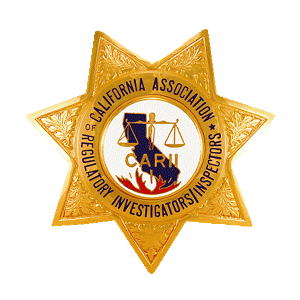 SACRAMENTO-  A Stockton man who pleaded guilty to defrauding more than 300 people in an auto engine scam that netted him $470,000 was sentenced to two years and three months in prison  and fined $100,000 for mail fraud.  John Steven Keplinger, 56, was sentenced February 10, 2016 and will face a restitution hearing March 30, 2016.

“John Keplinger defrauded hundreds of financially challenged individuals who struggled to afford engines to keep their cars running. He leveraged the Internet to victimize people across the United States,” said Assistant Special Agent in Charge Manuel Alvarez of the Federal Bureau of Investigation’s Sacramento field office. “We thank the U.S. Postal Inspection Service for their partnership in this investigation and both the San Joaquin County District Attorney’s Office and California Bureau of Automotive Repair for their assistance with the investigation.”  Assisting in the investigation from the Bureau of Automotive Repair was Tim Toy, California Association of Regulatory Investigators and Inspectors (CARII) secretary and California Statewide Law Enforcement Association (CSLEA) member, along with Mike Johnson.

According to court documents, from 2010 to 2014, Keplinger purported to sell used auto engines from Japan, but after customers sent him a check, he either sent no engine at all or sent a defective engine obtained in the United States, most times from a junkyard.  He defrauded consumers across the country by using  three companies and websites to carry out his scheme.  The companies were Rising Sun Engines Inc. (www.risingsunengines.com), Shop 4 Engines LP (shop‑4‑engines.com), and Your Parts Manager (yourpartsmanager.com). Most of the time, Keplinger’s customers paid by check sent via UPS. United States Customs and Border Protection records indicate that Keplinger had stopped importing engines in 2007.

In August 2013, Keplinger faced legal action from the San Joaquin County District Attorney’s Office and he was ordered to stop conducting an auto parts sales business of any kind and to cease using any website to conduct such a business. Instead, Keplinger continued the fraud scheme well into 2014.

"The very important consumer protection and safety work that Bureau of Automotive Repair program representatives perform, often falls under the radar," said CSLEA President Alan Barcelona.  "This case shines a spotlight on why there's a need for these professionals.  Unfortunately fraud runs rampant in the auto parts and repair industry."

This case was the product of an investigation by the Federal Bureau of Investigation and the United States Postal Inspection Service, with substantial assistance from the San Joaquin County District Attorney’s Office and the California Bureau of Automotive Repair.