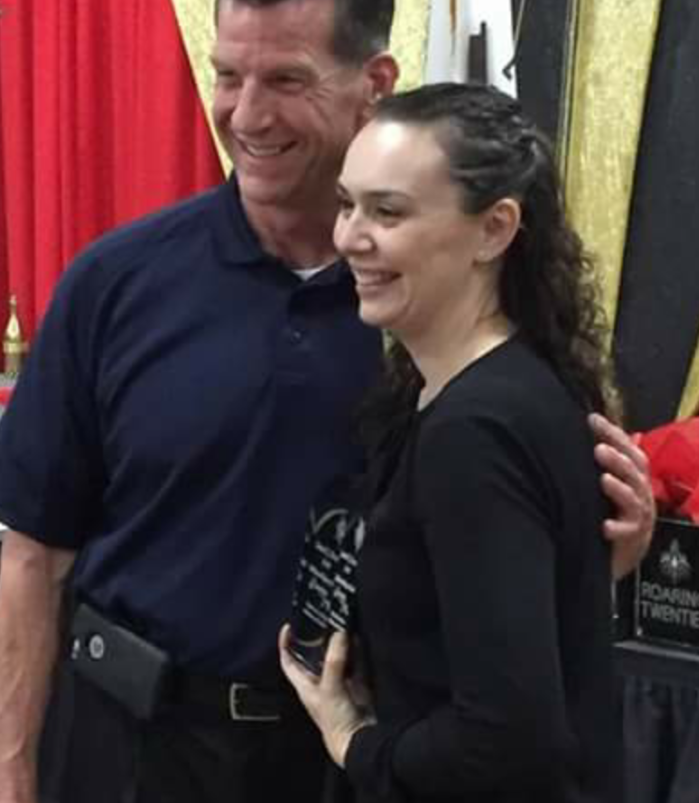 FRESNO-  On April 8, 2016, California Highway Patrol Public Safety Dispatcher Laura Herrera was presented with a 2016 Fresno Area CHP Dispatcher of the Year award for her continued and outstanding  contribution to public safety, the CHP and her colleagues at the Fresno Dispatch Center.

Herrera  began her law enforcement career with Selma Police Department in April 2005, working as a dispatcher.  She joined the CHP Fresno Dispatch Center in July of 2007 and quickly became  a team player.  She  volunteers for special events  and makes herself available in times of personnel and departmental crisis.

When needed, she  has assumed the role of lead dispatcher, known as 'Operator in Charge', when a shift supervisor is not working.   Additionally, Herrera  serves as Communication's Training Officer, educating new hires in service desk and radio training.

Thinking of others, Herrera makes sure the graveyard crew  always has a fresh pot of coffee.  She is also known to bring in plenty of refreshments for everyone.

She is a true public servant to the State of California, the California Highway Patrol, and Fresno County.

"Congratulations to our CSLEA and CHP-PSDA Member Laura Herrera," said CSLEA President Alan Barcelona.  "We are proud of the work our members do and are especially thrilled to see them recognized and held in such high regard. "

"This is a great week for our public safety dispatchers," said CHP-PSDA President Tina Brazil. "They take on so much responsibility answering calls for help and dispatching officers.  Much of the year they remain behind the scenes, but during National Public Safety Telecommunicator Week, the spotlight is on them, as it should be."