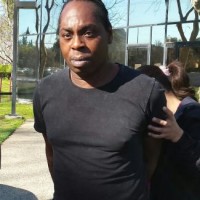 LOS ANGELES– On March 17, 2016,  Dwen Curry, 47, of Los Angeles, arrested in February by California Department of Insurance detectives, was sentenced to three years in county jail following a conviction of one felony count of identity theft and one count of attempted grand theft.

“This is yet another conviction, another sentence, another example of where suspects, arrested by CDI detectives, end up, and that's behind bars," said California Statewide Law Enforcement Association (CSLEA) President Alan Barcelona.  “CDI detectives investigate cases from slam-dunk to extremely lengthy and complicated.  They work with local district attorneys' offices and see their cases through.  Unfortunately there are too many people in this state willing to take from others by stealing identities.”

When detectives arrested Curry, they alleged that he stole the identity of multiple individuals, impersonated them and attempted to withdraw funds from their annuities. Curry allegedly used the stolen identity of an individual to submit a change of address on an annuity investment and attempted to withdraw $35,000 from two annuities owned by the victim. The victim’s insurance agent noted the unauthorized change of address, flagged it as suspicious and reported it to the Department of Insurance.  Curry was  on federal probation for wire fraud and possession of unauthorized devices used to commit identity theft at the time of his arrest.

While investigating Curry, investigators found a counterfeit driver’s license, Social Security card and checks belonging to a previously unidentified victim, as well as dozens of stolen financial portfolios and personal information of other victims.