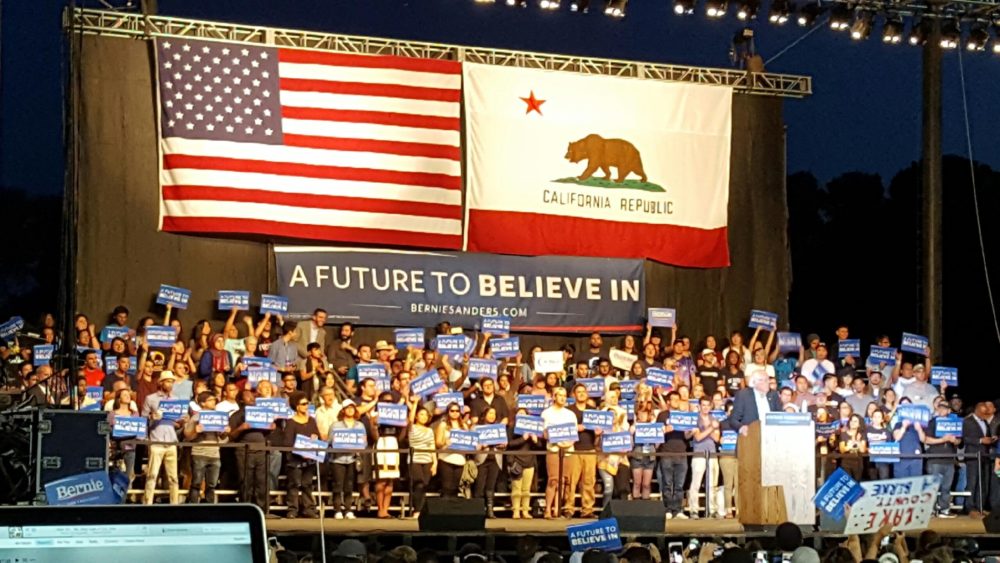 SACRAMENTO- On the evening of May 9, 2016, Fire Marshal & Emergency Services Association (FMESA) peace officer members from the Office of the State Fire Marshal were involved in the planning and operation of a rally for Democratic Presidential Candidate Bernie Sanders held at Cal Expo. The group of six deputy state fire marshals worked cooperatively with state and local law enforcement agencies as well as the U.S. Secret Service to ensure the safety of the capacity crowd at Cal Expo’s Bonney Field. Deputy state fire marshals are responsible for the fire and life safety of all occupants in state owned facilities such as Cal Expo and this event was yet another example of FMESA and California Statewide Law Enforcement Association (CSLEA) members ensuring that the people of California remain safe and enjoy their freedoms as citizens.

"I was very impressed with the cooperation of all law enforcement that were involved in the Democratic Presidential Candidate Rally," said FMESA-CSLEA Member Jack "CJ" Stinson.   Stinson was one of the six deputy state fire marshal’s ensuring safety at Cal Expo during the event.  "The event had the expected challenges, but they remained controlled because of the professionalism of all agencies. The biggest testament to the event would be that the rally was scheduled and implemented within 48 hours; there were no serious incidents and we were able to assist over 15,000 members of the public.  I felt proud and honored to be representing CALFIRE Office of the State Fire Marshal." 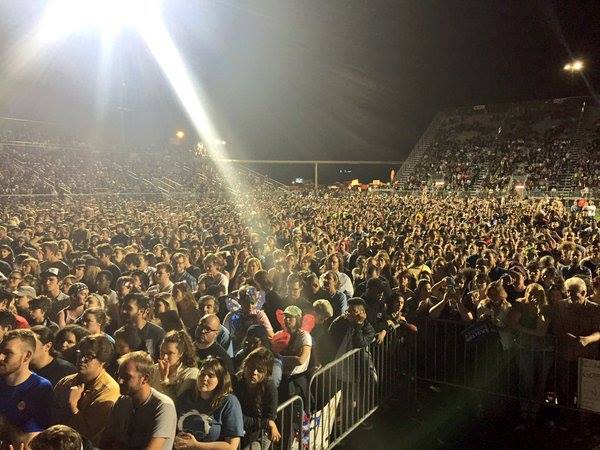 The rally was not without the need for emergency services.  May 9th was one of the first warm afternoons and evenings the Sacramento area experienced this year with the high peaking toward 90 degrees.  Sanders' supporters stood in line for hours to enter Bonny Field and some suffered heat exhaustion and dehydrations, requiring paramedics.

"Our focus was fire and life safety and we were unwavering regarding the importance of maintaining egress [exiting] components throughout the event," said FMESA-CSLEA Member Jeff Carda, who also worked to protect the safety of rally attendees.  "It was challenging with the enthusiasm of the crowds; however we had well-coordinated placement of state fire marshal deputies. This allowed for a safe operation; a direct result of all agencies assisting one another from federal and state to city and county law enforcement. "

"Any event in which thousands of people are packed into one arena can pose all types of safety issues," said CSLEA President Alan Barcelona.  "The public rarely gives thought to the planning and overseeing that takes place prior and during events such as the Bernie Sanders rally at Cal Expo.  Our deputy state fire marshal members are trained to identify safety hazards and if need be, as we saw at Cal Expo on July 4, 2015, they will shut down an event - even if the crowd is already in place.  Safety first."

“In addition to the Annual California State Fair, Cal Expo hosts hundreds of events each year that require close coordination with numerous agencies, including the Office of the State Fire Marshal," said Cal Expo CEO Rick K. Pickering.  "While most events have significant lead time and advanced planning, the Bernie 2016 Rally came to us late Friday evening on May 6th, with the event scheduled for Monday, May 9th.  The resulting planning and coordination took place on Saturday and Sunday over Mother’s Day Weekend.  With public safety being the paramount goal, numerous agencies quickly came together.  As is the case with last minute large events, layouts and logistics are constantly evolving.  With the professionalism and knowledge of the State Fire Marshal’s team, and other allied agencies, event attendees were able to safely take part in a presidential primary rally. This could not have been possible without having established successful relationships with our many public safety friends – which in this instance provided more than 15,000 Californians the opportunity to take part in the democratic process while making memories of a life time.”