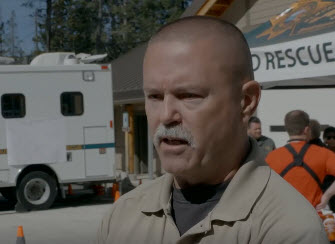 "This, nearly four-day search, had a successful outcome, a happy ending," said California Statewide Law Enforcement Association (CSLEA) President Alan Barcelona.  "As a father, I know the scare this young hiker's parents felt and that was terrifying.  Every member of every search and rescue team out there looking  for Cody Michael and his dog is a hero and no one knows that more than Cody and his family."

The following is a video and article by Cal OES Shawn Boyd and demonstrates the lifesaving work done by CSLEA members at Cal OES.

When 23 year old Cody Michael, of Rocklin, and his German Shepherd Bauer, failed to return from a hike on Monday to Lower Loch Leven Lake, his family knew something was wrong.

The Placer County Sheriff’s Office immediately began search and rescue (SAR) operations but quickly realized they needed more help.  That’s when they called the Governor’s Office of Emergency Services (Cal OES) to trigger one of the most robust and effective search and rescue mutual aid systems in the nation.  Law Enforcement Branch Assistant Chief Dan Dailey, Region 4 mutual aid coordinator for California, called into action several agencies trained and ready for missions just like this.  Searchers and experts from El Dorado, Alpine, Contra Costa, and Marin Counties along with the California National Guard answered the call for help.

Nearly four days into the search, concern was growing that inclement weather was forecast to roll into the search area, including snow above 7000 feet, which could likely hamper search efforts and put Cody at more risk.

By Thursday morning, search and rescue teams grew to 44 searchers on the ground, dozens of other volunteers at Incident Command (located at Big Bend Fire Station) and two California National Guard Blackhawk helicopters with full crews. This cooperation, coordination and expert ability is what makes California’s mutual aid system recognized by states and countries around the world as a model system.

Then came a break.  Two-way radio chatter signaled a good sign. One of the helicopter pilots broadcast that the “patient” had been found and were on their way to the landing zone at Cisco Grove. Five minutes later Cody was reunited with his family at incident command, as was his faithful companion Bauer. Both were exhausted, but otherwise appeared to be in good health, aside Bauer’s slight limp. A short time later, Cody emerged from his family reunion, shook hands and hugged many of the SAR team members, offering heartfelt “thank you’s.”

Cody was hospitalized for observation to allow him to recover from the physical and emotional toll the three days in the Sierra back country took on him. Officials will investigate what happened once he’s released. Although he was athletic and experienced in hiking, officials believe he may have simply got disoriented and lost his way.