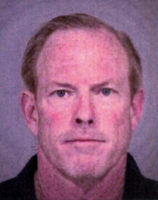 VENTURA - On May 23, 2015, Rod Scott Hormell, 59, of Ventura, pleaded guilty to two felonies including fraudulent sale of securities and theft from an elder, with a special enhancement for theft over $100,000. Hormell was sentenced to five years in state prison and ordered to pay $100,000 restitution to his victim.

"This is a person who scammed another senior citizen out of tens of thousands of dollars.   This is his second conviction," said California Statewide Law Enforcement Association (CSLEA) President Alan Barcelona.  "I can't even fathom the heartlessness of this individual.  And now, Department of Insurance investigators will be looking to see if there are other victims."

Acting as a financial planner, Hormell convinced a woman in 2003 to invest $100,000 in a scam senior board and care housing development. Hormell kept the rouse going by sending the victim spreadsheets that reflected a profit for her investment.

After the victim passed away, her daughter and only beneficiary, attempted to contact Hormell, but was unable to locate him. An Internet search led her to find Hormell was convicted for financial crimes against seniors in 2013.

The victim's daughter contacted the Ventura County Sheriff's office. After a search warrant uncovered insurance documents, the Sheriff's office called on the Department of Insurance Investigation Division for their insurance crime expertise.

Evidence revealed there was no senior board and care housing development and the security was a fraud. Hormell was convicted of a similar financial elder abuse crime in 2013 where he acted as an elderly woman's financial planner and scammed her out of $65,000. Following Hormell's first conviction in 2013, the Department of Insurance permanently revoked his agent's license-a revocation he defied when he continued targeting seniors with his investment and financial plan scams.

"Hormell is every consumer's worst nightmare," said Insurance Commissioner Dave Jones. "After being convicted once and having his agent license permanently revoked, he continued to defy the revocation and heartlessly scam seniors."

Authorities are concerned Hormell may have more victims that are unaware they are holding bogus investment securities. Anyone who used Hormell as a financial planner should contact the Department of Insurance toll-free hotline at 800-927-4357.