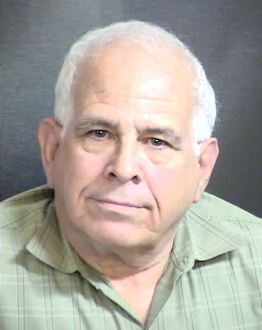 FRESNO-  An investigation by the California Department of Public Health and the Fresno County Sherriff's Office has lead to the arrest of Michael Fellen, 65, of Madera, on felony charges of stealing from the elderly.

Fellen, owner of Sunnyside Convalescent Hospital, was arrested on July 21, 2016.  Back in March,  deputies began to assist the California Department of Public Health regarding an investigation into possible elder financial abuse. The crime was reportedly taking place at the Sunnyside Convalescent Hospital.  A whistle blower made allegations of possible financial abuse involving a trust account of the residents.  The money in the trust account comes from deposits made from various sources such as the residents' pensions and Social Security benefits.  Investigators collected bank records and turned them over to a state auditor.  The audit found a discrepancy in June of 2015.  Thousands of dollars were discovered to have been transferred from the residents’ trust account to the Sunnyside Convalescent Hospital’s business account.

"We must always work to protect our elderly citizens in this state," said California Statewide Law Enforcement Association President Alan Barcelona.  "These victims are vulnerable, thankfully someone stood up and warned investigators of the possible financial abuse."

According to the Fresno County Sheriff's Office, Fellen admitted to investigators that he took the money to cover extreme debt.  He used it to pay vendors, payroll and facility costs, saying he had to pay bills somehow.  Fellen did not get permission from the residents prior to taking their money.  He also admitted that he had falsified the residents’ monthly statements so they would not detect the money was missing.  The money in the residents’ trust account is not to be used for facility related expenses.  Although Fellen was the administrator of the account, a portion of the money in the account belongs to each resident.  A total of 57 residents were victimized by the theft, six of whom have since died.

The case was filed with the District Attorney’s Office and an arrest warrant was obtained for Fellen.  This remains an ongoing investigation by the California Department of Public Health.