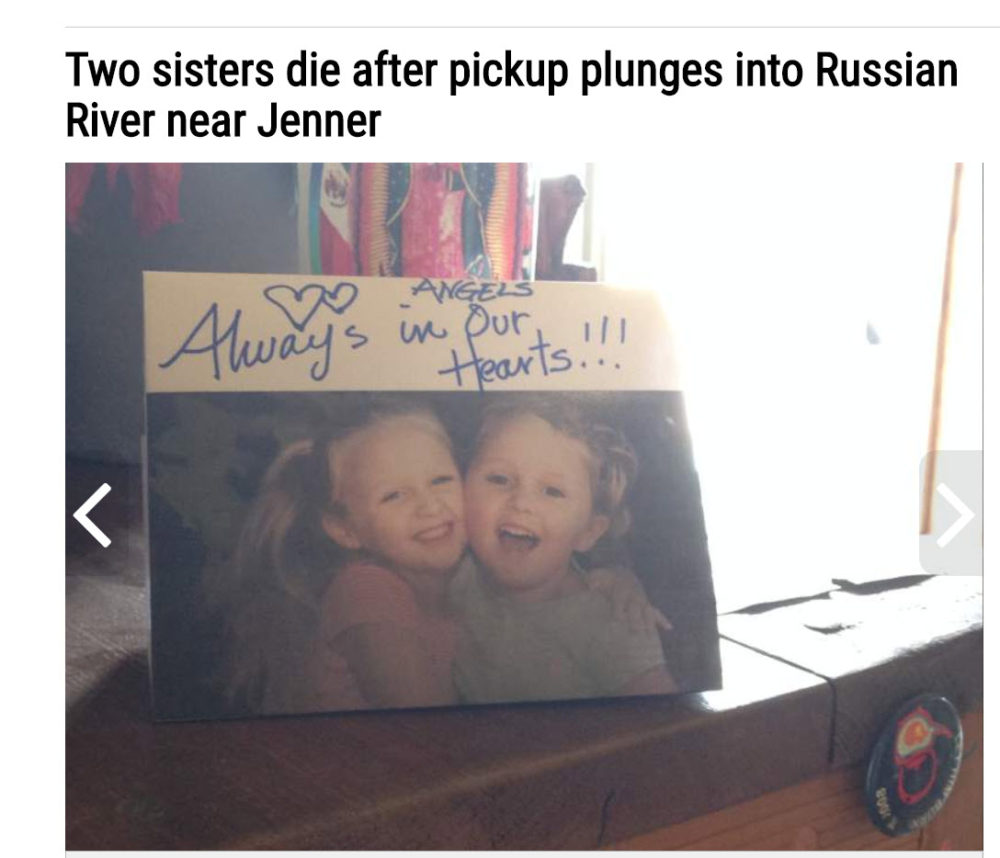 Article in The Press Democrat

JENNER - Two California Statewide Law Enforcement Association (CSLEA) members were among the emergency responders who valiantly tried to save two young sisters, four and six years old, after the truck they were travelling in left Highway 1 and plunged into the Russian River at around 8:30 a.m. Tuesday, August 23, 2016.

"I crawled into the vehicle through the driver's side window and attempted to look for the children,"  CSLEA Member and State Parks Lifeguard Scott Kwon is quoted in The Press Democrat.

CSLEA Member and State Parks Supervising Lifeguard Tim Murphy was also at the scene.  Murphy appeared to be the first emergency responder in the water, joining  a passing truck driver who jumped into the river to pull to shore the children's mother, who had been driving the truck.

The mother was able to kick out the driver's side window and attempted to get her children out of their car seats but, according to witnesses, the truck sank in a matter of a seconds.

"This was a tragic call, that will stay with  each of these emergency responders for a very long time," said CSLEA President Alan Barcelona.  "They braved cold, murky water in a heroic effort to save two little girls, as their mother watched, cried and prayed on the riverbank above them.  After much effort, they were able to bring the children to shore.  I know it broke the hearts of rescuers, that lifesaving efforts on shore were unsuccessful.  Our prayers and  thoughts are with the children's family and with all of those who risked their own lives to help."

The children have been identified as Kaitlyn and Hailey Markus.  Their mother, Sara Markus, was driving them to their second day of the new school year when her pickup fishtailed and left the road.  CHP reports the roads were wet with drizzle from fog at the time.