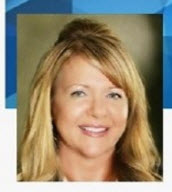 “As a licensed agent McGinley violated her fiduciary responsibilities and trust of those around her,” said Insurance Commissioner Dave Jones. “The Department of Insurance has a strong enforcement division to investigate and stop insurance fraud schemes like this one, which costs consumers and insurers billions of dollars each year."

CDI began its investigation after receiving a complaint from McGinley’s previous employer.  McGinley is accused of misrepresenting information on more than  100 homeowner and auto policies by manipulating the company database and falsifying insurance applications, unbeknownst to her clients, in order to meet sales quotas, increase clientele, and gain additional commissions.

"Consumers put trust in agents who are licensed," said California Statewide Law Enforcement Association (CSLEA) President Alan Barcelona.  "When someone betrays that trust, it reflects badly on other agents and the industry.  Insurance Commissioner Dave Jones and his enforcement team have zeroed in on insurance fraud and those who commit it.  Unfortunately, there's a lot of it out there."

For more than  seven years, McGinley applied unwarranted discounts to clients’ policies and falsified documentation to justify the discounts including forging nursing certificates in clients’ names to authorize professional discounts for their policies. McGinley’s scheme resulted in an unknown loss to the insurance carriers who employed her and higher premiums for her clients.

Investigators also discovered that after McGinley was terminated from one insurance company she started working for a different insurer and allegedly continued her scheme misrepresenting information to the company and clients.