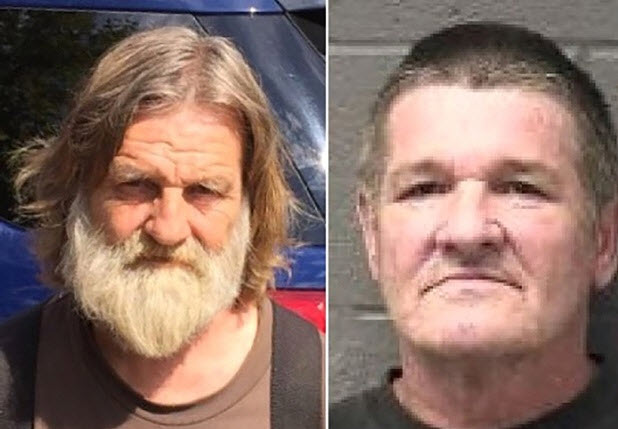 MARYSVILLE - DNA work by criminalists at several California Department of Justice labs has led to the arrests of two 65-year-old cousins in connection with the 1973 murders of two Olivehurst girls, just 12 and 13 years old.  The arrests were announced on September 13, 2016.

The Yuba County Sheriff’s Department, with assistance from the US Marshals and various law enforcement agencies, arrested Larry Don Patterson, of Oakhurst, Oklahoma, and William Lloyd Harbour, of Olivehurst, for the November 1973 homicides of 12-year-old Valerie Janice Lane and 13-year-old Doris Karen Derryberry, both of Olivehurst.

"These suspected murderers may very well have lived out their lives without ever being caught if it weren't for well preserved evidence, a detective submitting that evidence for DNA analysis, and the incredible criminalists who work to solve crimes every day inside California Department of Justice labs," said California Statewide Law Enforcement Association  (CSLEA) President Alan Barcelona.  "DOJ criminalists have a vital role in our criminal justice system, few people ever stop to think about who they are and what they do, every single day.   They help detectives, prosecutors, victims and/or their families, and they contribute to the safety of our communities and the state."

It was midmorning on a Monday, November 12, 1973, when the parents of Valerie Lane and Doris Derryberry reported them missing as runaways. The girls were good friends and had been together the day before when they left from Doris’ Olivehurst home around noon on Sunday, November 11th to go shopping at the mall in Linda. The girls were spotted together around town several times that afternoon, including a last sighting of them between 8:30pm-9pm. When neither of the girls had returned home Monday morning, they were reported missing. Just a few hours later, Yuba County Sheriff’s Department responded to the scene of two deceased girls that had been found alongside a dirt road near Camp Far West Lake outside of Wheatland at approximately 1:30pm. The victims were identified as the missing girls.  Both girls had been killed by shotgun blasts at close range.

"It took 43 years," said Barcelona.  "Forensic science as we know it today, didn't even exist. But the long arm of the law, extended by DOJ criminalists, reached out and nabbed these two suspected killers."

The homicide case was an ongoing active investigation from 1973-1976. Despite significant investigative efforts and more than 60 interviews, no successful leads were generated and the murder investigation into who killed these two girls remained unsolved for decades. In March of 2014, Yuba County investigators reviewed the case for any evidence that could possibly be developed using current techniques and processes that weren’t available in 1973. Items of evidence collected during the original investigation were reviewed and submitted to the California Department of Justice Forensic Labs for analysis. In December of 2014, testing by DOJ criminalists revealed DNA evidence that was matched and identified as suspects Larry Don Patterson and William Lloyd Harbour, and the case was re-opened.

After more than a year of the renewed and expanded investigation, Yuba County detectives presented the case to the Yuba County District Attorney’s Office, leading to the issuance of arrest warrants for Patterson and Harbour. Harbour, 22 at the time of the murders, is still a resident of Olivehurst and was arrested September 13, 2016 in a traffic stop in Linda. Patterson, also 22 and living in Olivehurst at the time of the murders, was arrested in Oklahoma, also on September 13th.

The CSLEA and Association of Criminalists-DOJ (AC-DOJ) Members who worked on this case include: