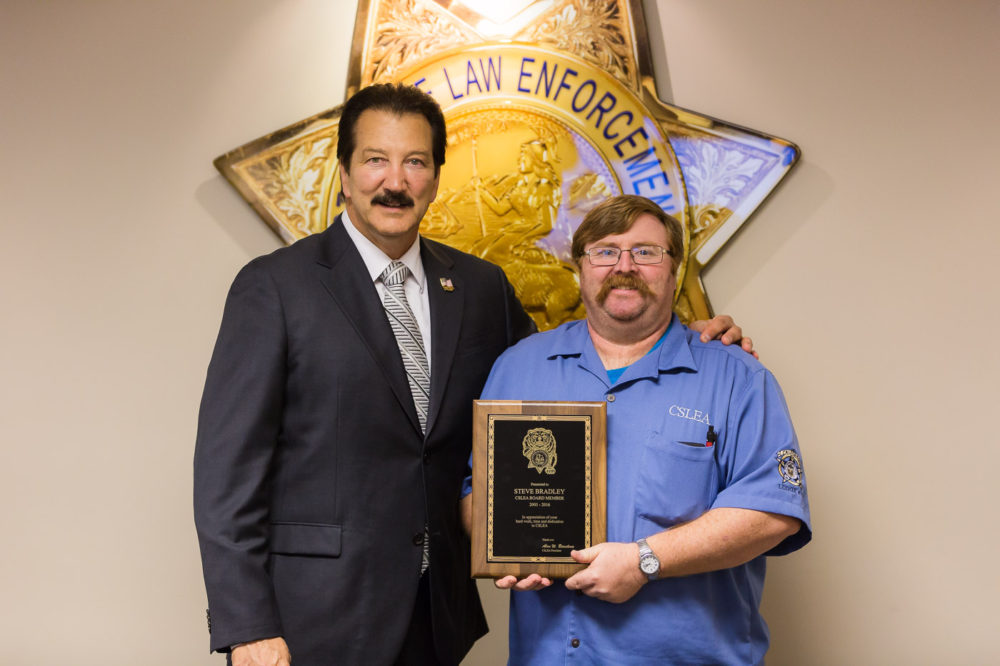 "We thank Steve for his hard work and dedication," said CSLEA President Alan Barcelona.  "For 13 years, as an affiliate president and CSLEA director, he was committed to his members and to the Legal Defense Fund.  He has been an asset to our board and our members." 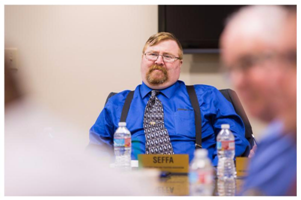 As president of SEFFA, Bradley proudly and fiercely represented nearly 50 front-line firefighters whose job it is to protect some of the most precious property in the state such as Hearst Castle, as well as state hospitals and developmental centers.  They  also  assist local first responders with fires, accidents, and other life threatening emergencies. 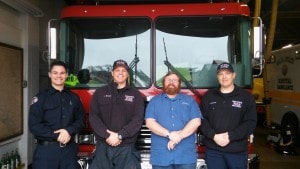 Bradley worked earnestly to fight for better pay for his firefighters and to resolve issues that arose during his tenure.  He did his homework, visited job sites, worked with CSLEA attorneys and legislative advocates in seeking improvements for those he represented.  He fought at the bargaining table with the state and as CSLEA director, served as Chair of  the Legal Defense Fund Board of Trustees.

Bradley followed in his father's footsteps as a firefighter.  He began his career at the Madera County Fire Department and also worked briefly for the U.S Forest Service.  Prior to beginning his work for the State of California stationed at Camp Roberts in 2002, Bradley worked as an EMT for an ambulance service.   As an EMT in 1996, Bradley responded to a call involving a drunk driver that had slammed into a car, critically injuring a woman and her toddler.  Turned out the woman and toddler were Bradley's wife and child.  Bradley and other emergency responders sprung into action and today, mom and daughter are alive! 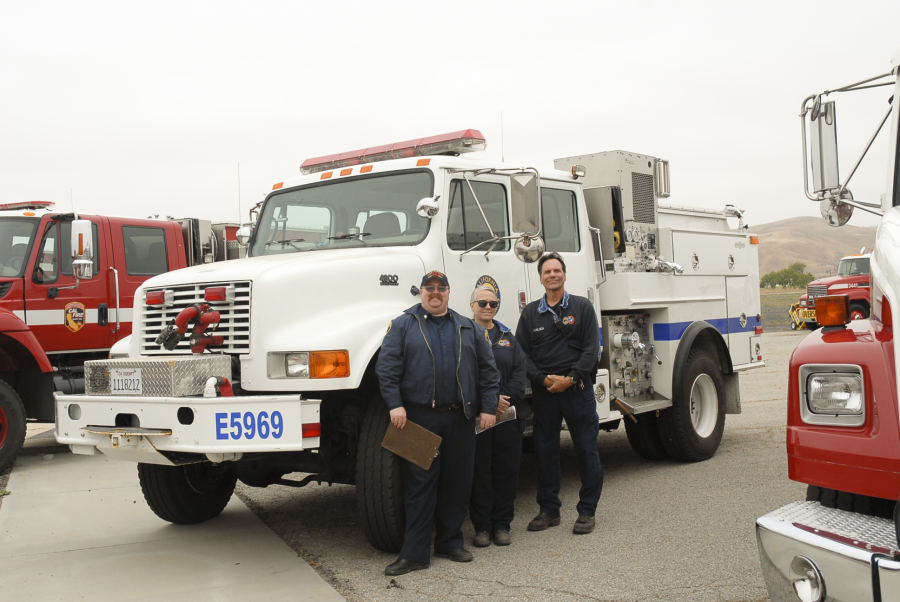 Bradley believes that firefighters are family and does what he can to support any firefighter in need.  In 2015, when Bradley heard the need for blood to be donated in support of Fresno Fire Captain Pete Dern who was critically burned in a fire, he notified his fellow firefighters at Camp Roberts and then made the 90-minute drive from his home to participate in a blood drive in Fresno.

"That’s what we do,” Bradley had said.  “We, as firefighters, are brothers and sisters in one big, tight knit family.  You don’t have to ask us to step up to help, we just do.  It’s not a thought, it’s an instinct, we just do it.” 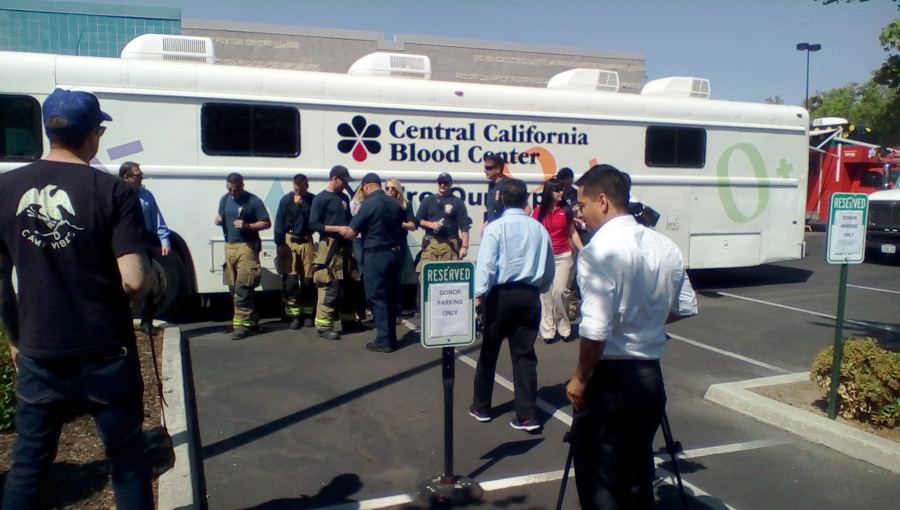 Bradley was presented with a plaque in honor of his service to CSLEA and received a long, warm applause from the Board of Directors.  Numerous directors commended him for his work and his dedication to SEFFA, CSLEA and the Legal Defense Fund.   Bradley let them know they can call upon him if needed. 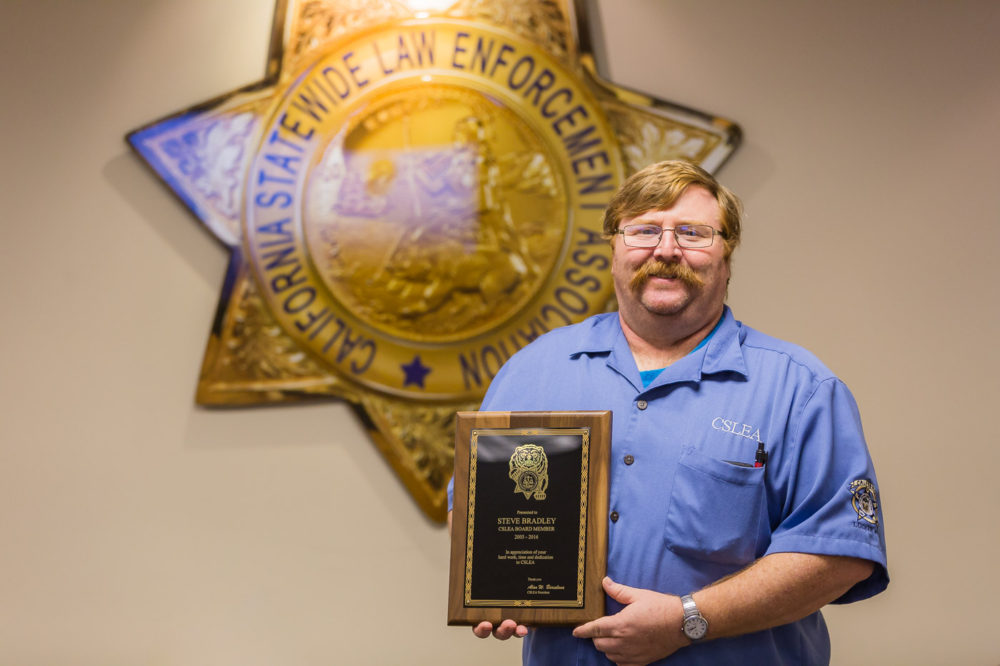