Fraud Prevention with CSLEA's Kenny Ehrman and Assemblymember Bill Dodd Sonoma seniors ask, why us and how can we protect ourselves? 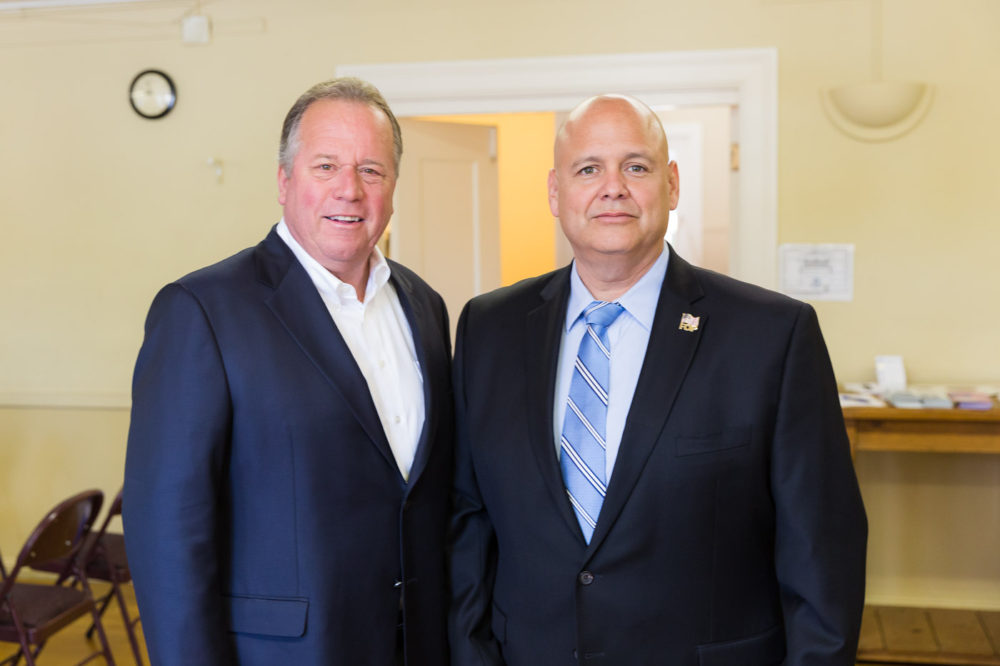 SONOMA - With the goal of meeting face to face with seniors in Sonoma and to share with them the many ways that dishonest people try to scam them, Assemblymember Bill Dodd hosted a Sonoma Valley Fraud Prevention Town Hall on September 21, 2016. 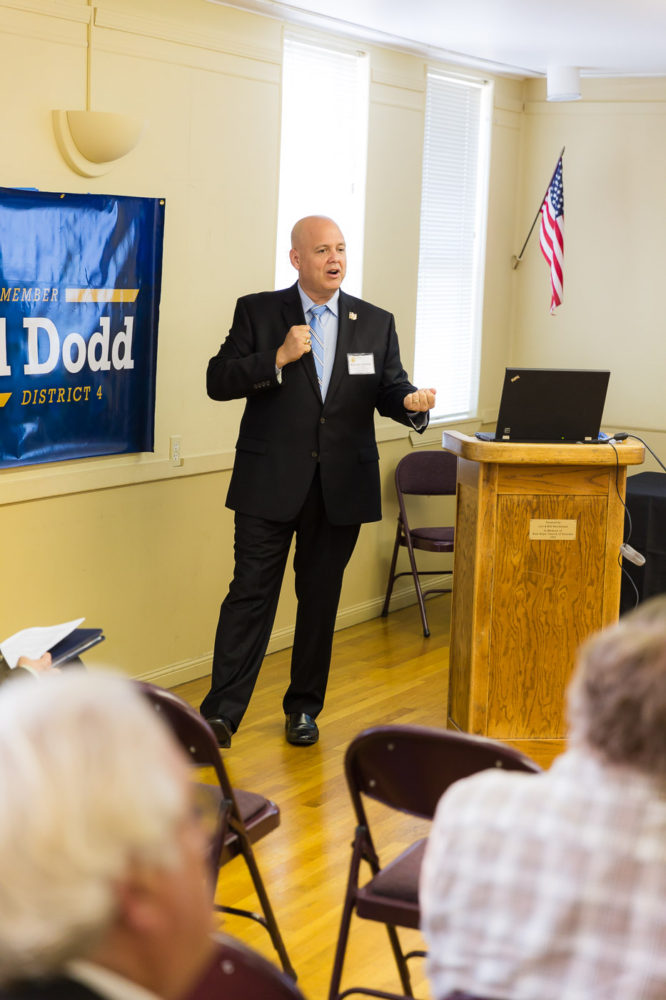 "I will never stop accepting invitations to speak to seniors at fraud prevention seminars about identity theft and scams," said California Statewide Law Enforcement Association (CSLEA) Vice President Kenny Ehrman.  "It is that important.  This is a trusting group of individuals who often feel bad about hanging up on someone who calls or closing the door on someone standing on their front porch.   I give them permission to do that, encourage them to do that, and if I have to practice that with them, I will."

Ehrman is a veteran law enforcement officer who works as an investigator at the Department of Motor Vehicles (DMV) which puts him dead-center in the world of identity theft, his primary topic at the fraud prevention town halls he is  invited to speak at.

"As Assemblymember Dodd and I both know, having both been victims of identity theft, it can take 12 long, agonizing months to report the crime, notify banks and credit card companies, deal with collection agencies and clean up your credit report.  If we can keep this from happening to just one senior, we have done our job," said Ehrman. 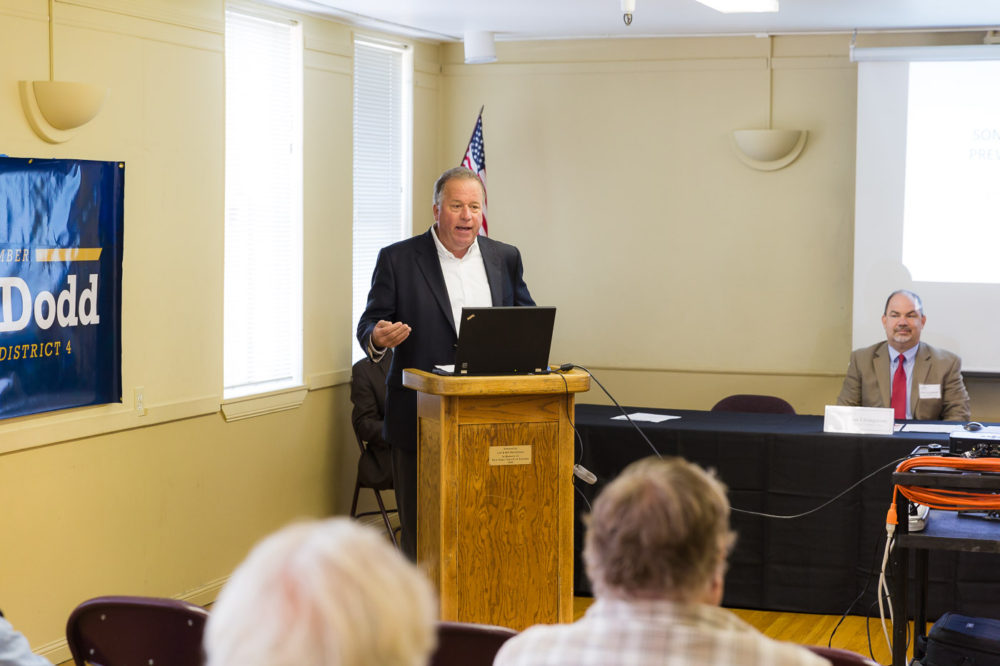 "One-point-five million people in California are effected by identity theft every single year," Assemblymember Dodd told the group.  As a result of the growing problem, Assemblymember Dodd authored a bill, the Identity Theft Resolution Act, designed to reduce the amount of time it takes for victims of identity theft to clear up the mess ID thieves create.  Governor Jerry Brown signed the bill into law this week.

Ehrman told the seniors identity theft can happen by way of mail theft, shoulder-surfing and even dishonest employees at places the seniors do business at.  "Check your statements every month, monitor your accounts, shred your mail, don't keep the title to your car in your glove box, photo copy the front and back of your credit cards and keep that information in a safe place, should you need to contact your credit card companies," said Ehrman.

Ehrman said identity thieves use other people's identities to stay out of jail, steal money, and obtain health care. 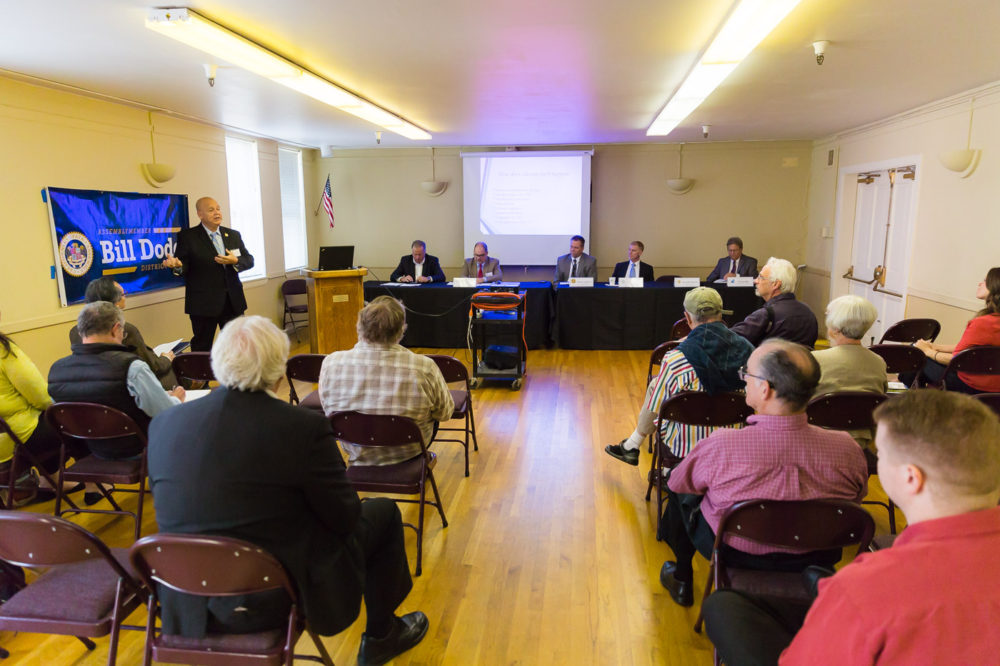 And it isn't just strangers that seniors should be wary of.   Sonoma County District Attorney Investigator Matthew Stapleton told the group that 85 percent of the elder abuse, including fraud, is committed by someone the victim knows.

Seniors who attended the town hall learned about real estate and housing scams and what they need to know about legal services and hiring an attorney.   They were also reminded to rely on their elected leaders for help if they feel they need it.  Unfortunately, scammers target seniors because of their age, vulnerability  and their secured retirement funds.

Assemblymember Dodd took a moment to thank acknowledged the law enforcement officers who were in attendance at the event.  "I think it's more important today than ever with what's going on in our country to recognize our first responders and the great work that they do.  So thank you for being here."