Murder Suspect Arrested in 1988 Santa Barbara County Homicide Case Sheriff thanks California DOJ criminalists for "their expertise and training, which continues to help close cases that would otherwise never be solved."

SANTA BARBARA - On September 1, 2016, the Santa Barbara County Sheriff’s Office announced that an arrest had been made in a 28-year-old homicide case that involved the murder of 46-year-old Vernon Hart Kendrick of Montecito.   Arrested was Larry Lon Lee, 52, an inmate at the Sarasota County Jail in Sarasota, Florida. The arrest followed a cold case investigation coupled with DNA evidence that linked Lee to the murder. 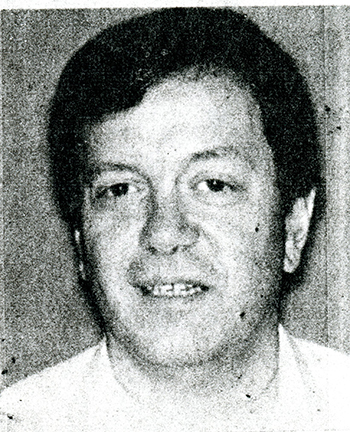 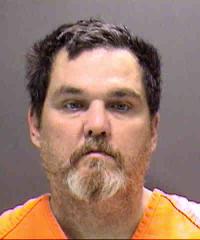 "This is a case in which California Department of Justice criminalists processed evidence, came up with a DNA profile, searched for a match, and found one," said California Statewide Law Enforcement Association (CSLEA) President Alan Barcelona.  "DOJ criminalists are the crime solvers in an abundance of murder cases that have gone unsolved for decades."

On July 1, 1988, Kendrick’s employer requested a welfare check at Kendrick’s studio apartment where he lived alone.  The employer had not heard from Kendrick and said it was uncharacteristic of him not to check in on a daily basis.   When officer's entered his apartment, they found Kendrick dead, the apparent victim of a homicide.  Kendrick had been killed by blunt force trauma.

The Sheriff’s Office launched a homicide investigation and forensics personnel processed the scene for all evidence related to the case.  Through the course of the investigation, Sheriff’s detectives learned the last time Kendrick had been seen alive was leaving The Palace restaurant in Santa Barbara with a male adult possibly from Florida.  Sheriff’s detectives developed a person of interest, but despite all investigative leads,  were not able to identify that person.

In June of 2010, a Sheriff’s cold case detective submitted critical evidence from the crime scene to the California Department of Justice Crime Lab to conduct a search for DNA evidence.  DOJ criminalists were able to identify the victim’s DNA  and a  DNA profile belonging to an unknown male. The DNA profile was entered into the Combined DNA Index System (CODIS).

On August 18, 2016, the DOJ Crime Lab reported to the Sheriff’s Office a potential DNA match with Larry Lee who was in custody in Sarasota County on theft-related charges.  Sheriff’s detectives with the assistance of the Sheriff’s Forensics Bureau conducted further investigation and found more evidence linking Lee to Kendrick’s murder.  The Sheriff’s Office requested the Santa Barbara County District Attorney’s Office charge Lee with the 1988 murder of Kendrick.

Lee has an extensive criminal history of theft and narcotics related arrests in several states including California and Florida. Lee was most recently arrested in Manatee County on July 12, 2016 for an outstanding warrant and was transferred to the Sarasota County Jail on July 18, 2016.   Once Lee’s pending Florida criminal case has been resolved, the Sheriff’s Office will seek his extradition back to Santa Barbara County to face the murder charge. 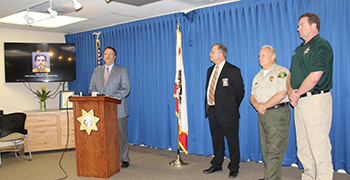 At the press conference, Sheriff Bill Brown thanked the many groups who were a part of identifying, locating and arresting the suspect.  “We would not be here today if it had not been for the professionalism and fine work done by the original Sheriff’s detectives and crime scene technicians who meticulously processed the scene, ultimately collecting trace DNA evidence which proved to be pivotal in solving this case.  I also want to commend and recognize the cold case detectives over the years, who refused to give up on this case and other cold cases.  This case is a great example of how we consider a murder case to never be closed until a suspect is identified and brought to justice. It also shows the importance of dedicating precious resources to cold case investigations,” said Brown.

Sheriff Brown also thanked the Department of Justice Crime Lab and their criminalists for their expertise and training, which continues to help close cases that would otherwise never be solved.  He also thanked the Sarasota County Sheriff’s Office for their superb cooperation and assistance with the investigation.

“I never cease to be amazed at the continuity between generations of law enforcement," said Association of Criminalists-DOJ President John Miller,  "Twenty-eight years after Mr. Kendrick was murdered, all the careful work that was done by an earlier generation of law enforcement personnel now pays off when the current generation is able to identify a suspect. Others may forget over time, but law enforcement does not. Outstanding work by the Santa Barbara County Sheriff’s Office and our tireless criminalists.”

As of September 1, 2016, efforts to notify the victim's relatives have been unsuccessful.  However, the Sheriff's Office was able to notify a long-time family friend.