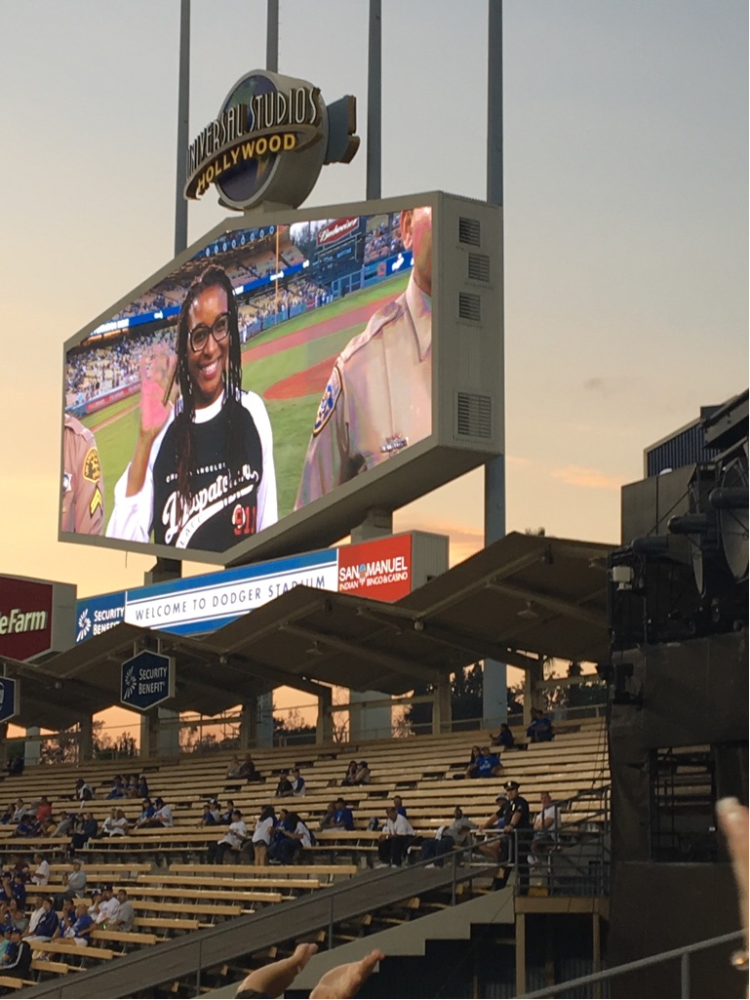 LOS ANGELES -  There are a lot of life-threatening things that could make California Statewide Law Enforcement Association (CSLEA) Member Cynthia McKinney extremely nervous in her job as a CHP dispatcher, so it brought a smile to our faces when she explained the  high anxiety that screamed through her veins the day she was escorted down to the baseball field prior to a Los Angeles Dodgers game September 21, 2016 and her face was splashed across the stadium's jumbotron.

McKinney was the only public safety dispatcher in a group of Los Angeles area law enforcement officers who received a great big thanks for the jobs they perform each and every day.  It was part of the Los Angeles Dodgers' Law Enforcement Day at the stadium.

"I was so nervous," said McKinney.  "They said, you'll walk out on the field, they'll say your name and where you work.  Wave and smile.  It was a beautiful experience."

McKinney will celebrate 20 years as a CHP dispatcher on October 15, 2016 , all served in the Los Angeles Communications Center.  She has experienced her share of harrowing 911 calls involving homicides and shootings and dispatching CHP officers, including calling pursuits.  "I can't imagine doing anything else," said McKinney.  "I love what I do." 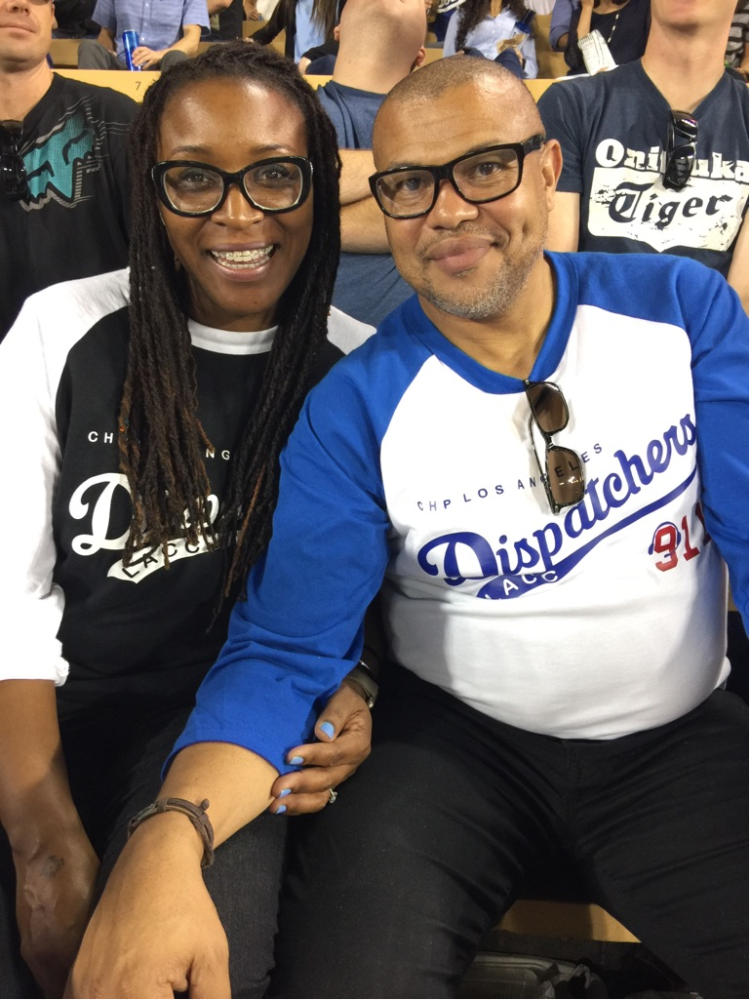 McKinney said she had never experienced anything of that magnitude and the recognition comes on the heels of receiving a 2016 Los Angeles Communications Center Dispatcher of the Year award.

Congratulations Cynthia!  It's been a great year in a great career!