SACRAMENTO – As a service to California Statewide Law Enforcement Association (CSLEA) members, CSLEA is providing some of the results of the 2016 General Election.   The results below reflect the candidate races in which CSLEA provided an endorsement.  All results, and percentages of votes, can be found here on the California Secretary of State’s website.   (See Observations by CSLEA Legislative Advocate Shane LaVigne below) 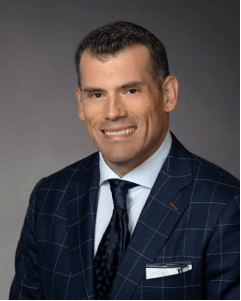 Despite the unexpected electoral outcome nationally, in California, not much will change.  At first glance, Assembly democrats will likely net three new seats adding to their already sizable majority, and now comprise two-thirds of the eighty-member body.  The California Senate will likely remain unchanged however, with no new pickups by either party.  It should be said-this could possibly change as more results get counted in some of the closer contests.

Based on these outcomes, I anticipate law enforcement's challenges to remain unchanged from the last few years, in large part because the national narrative has remained unchanged.  In California we will likely continue to face legislation regarding transparency, specifically regarding law enforcmeent personnel records and body camera issues pushed by civil rights groups.  With an expanded democratic majority in the assembly, expect more focus on labor issues as well.

Lastly, as a result of the passage of two specific statewide propositions there could be some new potential public safety issues forthcoming in the next couple of years.  First, Proposition 57 will allow for the early release of some non-violent inmates who are eligible and who will be thoroughly vetted by the State Parole Board, to help address the prison overcrowding problem.  Second, Proposition 64 which will legalize the recreational use of marijuana, will also go into effect.  Although the impacts of both of these initiatives are unknown at this point, they will likely require increased funding and resources for law enforcement to some degree.