LOS ANGELES- California Department of Insurance detectives, assisted by multiple law enforcement agencies, arrested Chris Bathum and Kirsten Wallace, the CEO and CFO of sober living facilities,  on multiple felony counts of grand theft, and identity theft, for allegedly conspiring to defraud patients and insurers out of more than $176 million through an elaborate conspiracy. Detectives executed search warrants at 15 locations throughout Los Angeles and Orange County.
"Bathum and Wallace's alleged conspiracy victimized hundreds of people addicted to drugs and alcohol by keeping them in a never-ending cycle of treatment, addiction, and fraud-all the while lining their pockets with millions of dollars from allegedly fraudulent insurance claims," said Insurance Commissioner Dave Jones. 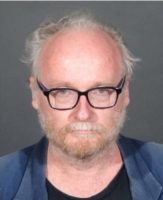 According to investigators, Bathum, the owner and CEO of Community Recovery of Los Angeles (CRLA) and Wallace, the CFO, are accused of luring vulnerable people addicted to drugs and alcohol to CRLA with a variety of treatment marketing schemes.

The Department of Insurance's investigation revealed Bathum and Wallace conspired to steal patient identities and buy health insurance policies for patients without their knowledge. After completing treatment, Bathum continued to bill insurance companies for treatment services.

Bathum and Wallace are charged with multiple counts on the following felonies:

"This is likely the first wave of indictments and charges in an ongoing investigation into one of the largest health insurance fraud cases in California," added Jones.

If convicted on all counts, Bathum and Wallace face more than 35 years in prison. Bail was requested at $2 million. Both are likely to be arraigned on November 14, 2016.