State Park Rangers Spot Abandoned, Marijuana-filled Vessel at Calafia State Park More than a ton of marijuana on board 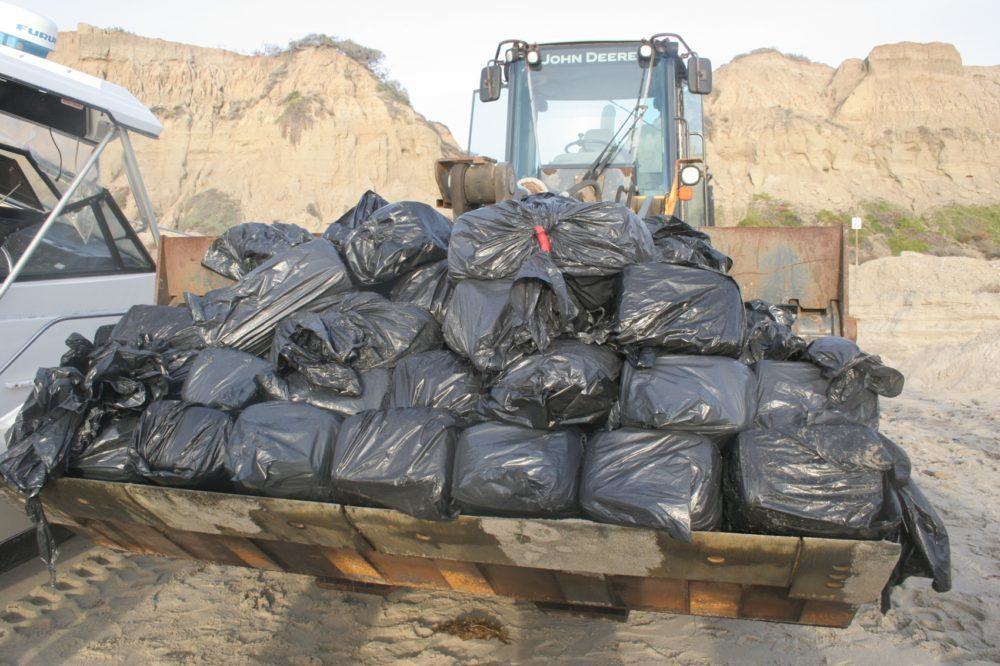 Bundles of marijuana stashed in black plastic bags beneath the bow and on the deck. Photo Courtesy of U.S. Border Patrol

SAN CLEMENTE – When California State Park rangers spotted a 25-foot Bayliner in the process of washing ashore at Calafia State Park near San Clemente, they quickly went to work patrolling the area and notifying U.S. Border Patrol agents.  Together the team of law enforcement officers discovered 2,411 pounds of marijuana, with a street value of more than $1.2 million, on board the abandoned vessel. 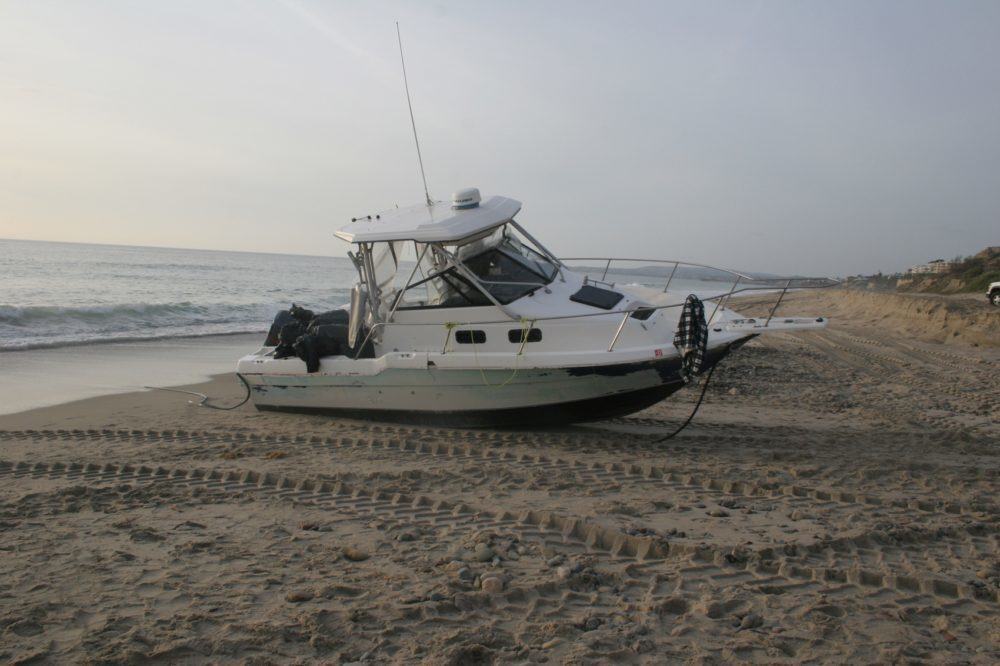 The huge stash was discovered Monday, December 5, 2016 at about 3:00 p.m.  With assistance from the rangers, agents pulled the vessel ashore.   During the inspection, agents discovered several large bags throughout the boat that contained a total of 82 cellophane-wrapped bundles of marijuana.  The bundles were stashed on the boat’s deck and under its bow. 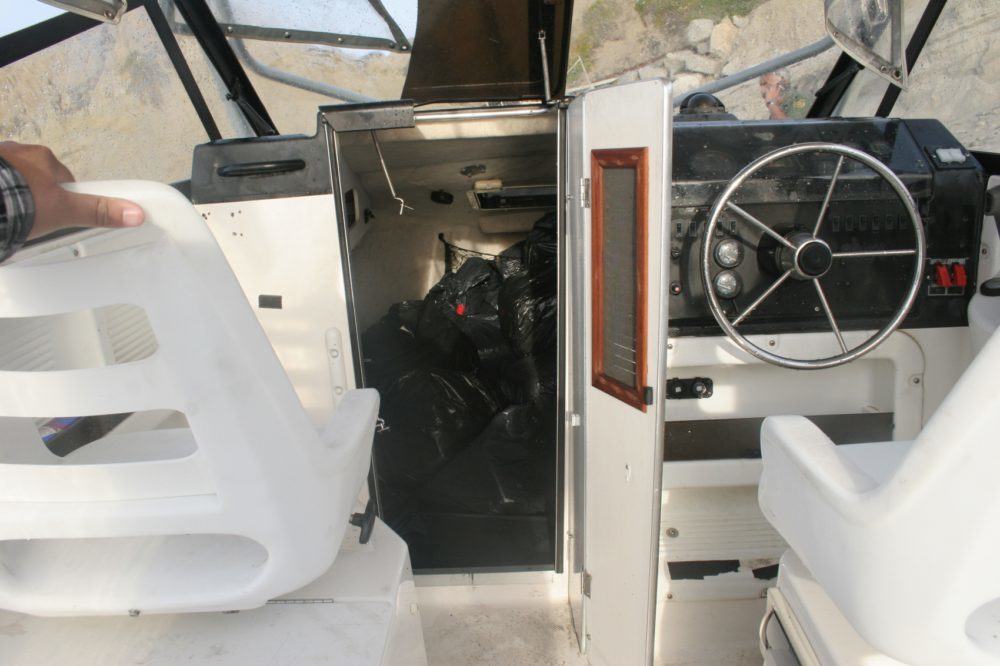 “State park rangers have become accustom to finding small, abandoned boats with a small amount of drugs on them, but this was huge,” said California Statewide Law Enforcement Association (CSLEA) President Alan Barcelona.  “State park rangers, peace officer-lifeguards and seasonal lifeguard have a keen sense of what belongs and what doesn’t.  They have a vast area to patrol and work closely with local and federal law enforcement agencies.” 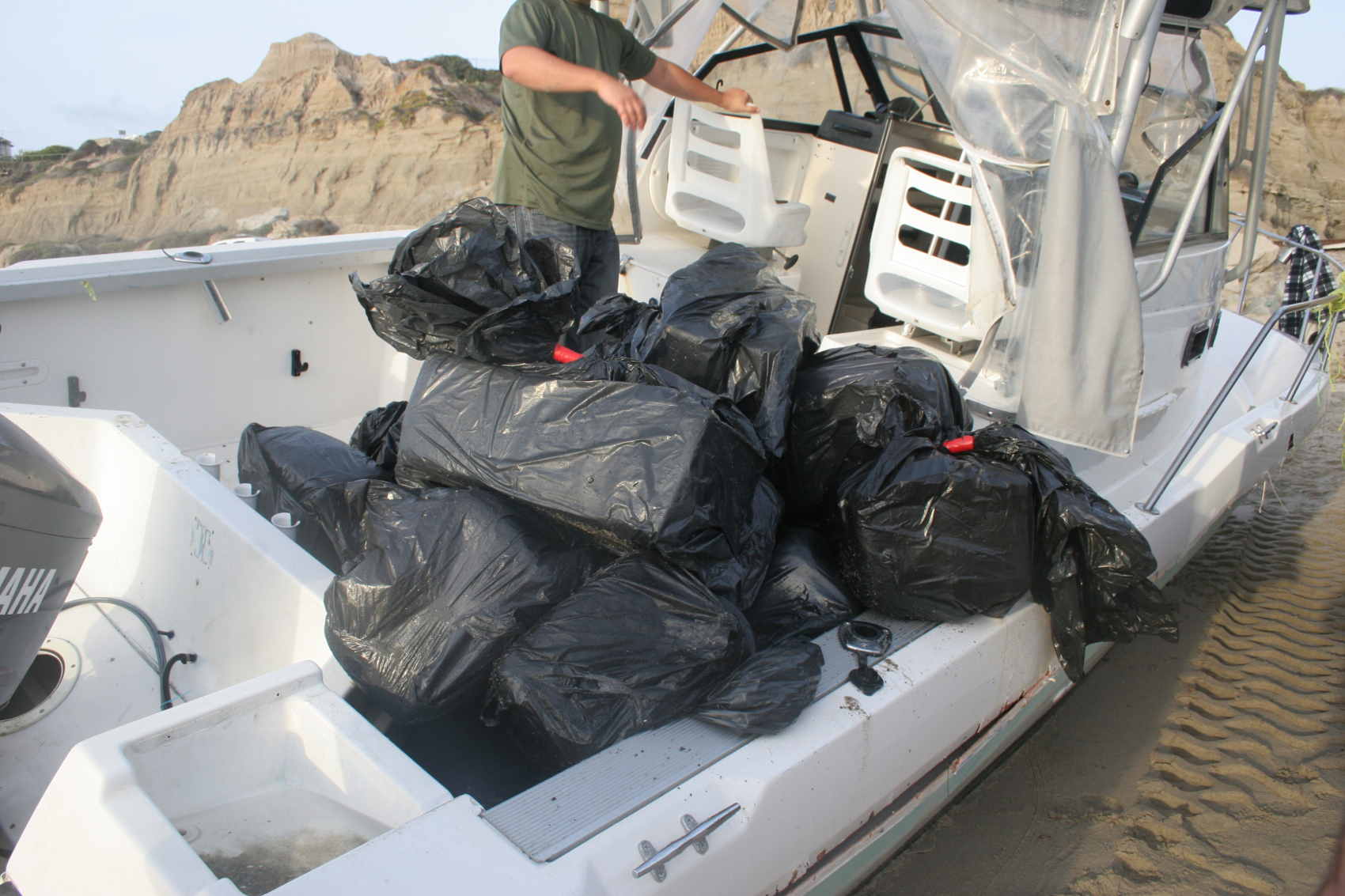 The U.S. Border Patrol seized the marijuana and the Bayliner.  No suspects were seen in the area.