The California Association of Fraud Investigators (CAFI) Board of Directors held its first meeting of the new year at California Statewide Law Enforcement Association (CSLEA) headquarters on January 6, 2017. 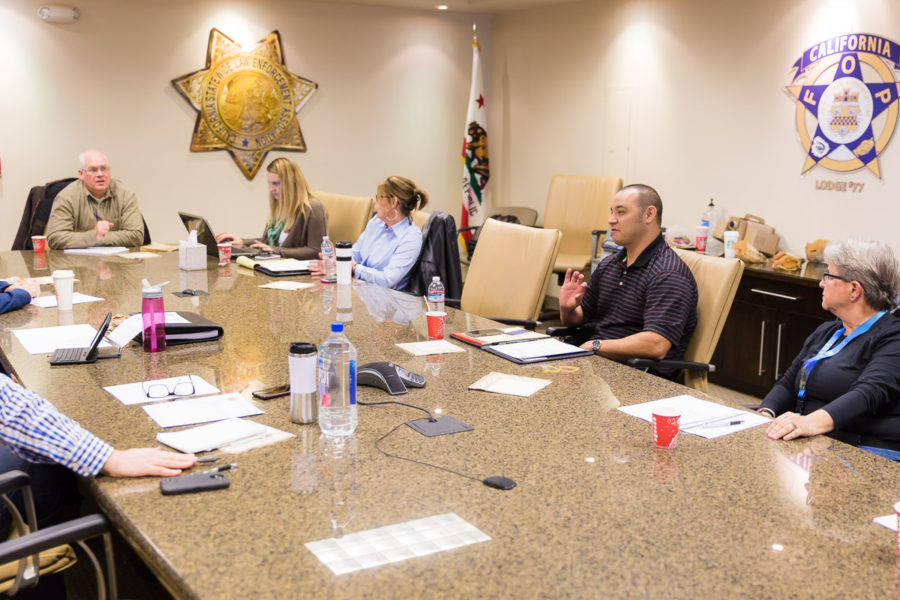 The meeting was a very well received and the Board welcomed its newest member, Josh Meixner, a Special Investigator from SCIF (State Compensation Insurance Fund). Josh came to state service with a plethora of law enforcement experience. We look forward to having him as an active board member and representing SCIF members at the CAFI Board as well as being a voice to CSLEA.

Additionally, CAFI created a new “PIO” Public Information Officer position within its board to better promote the Affiliate and its members in the public safety services we perform to better serve the citizens of the State of California. The PIO will gather articles and stories from all of the agencies represented within CAFI, from the Department of Food and Agriculture, Horse Racing Board, SCIF, EDD, CalPERS, Department of Insurance, Managed Healthcare, Business Oversight to DSS. Investigator Diane Plaza volunteered to accept this position and will work with the CAFI leadership on presenting informative and compelling stories to our CSLEA members.

The CAFI board looks forward to the new year and the many challenges and successes that will be encountered in the coming year.