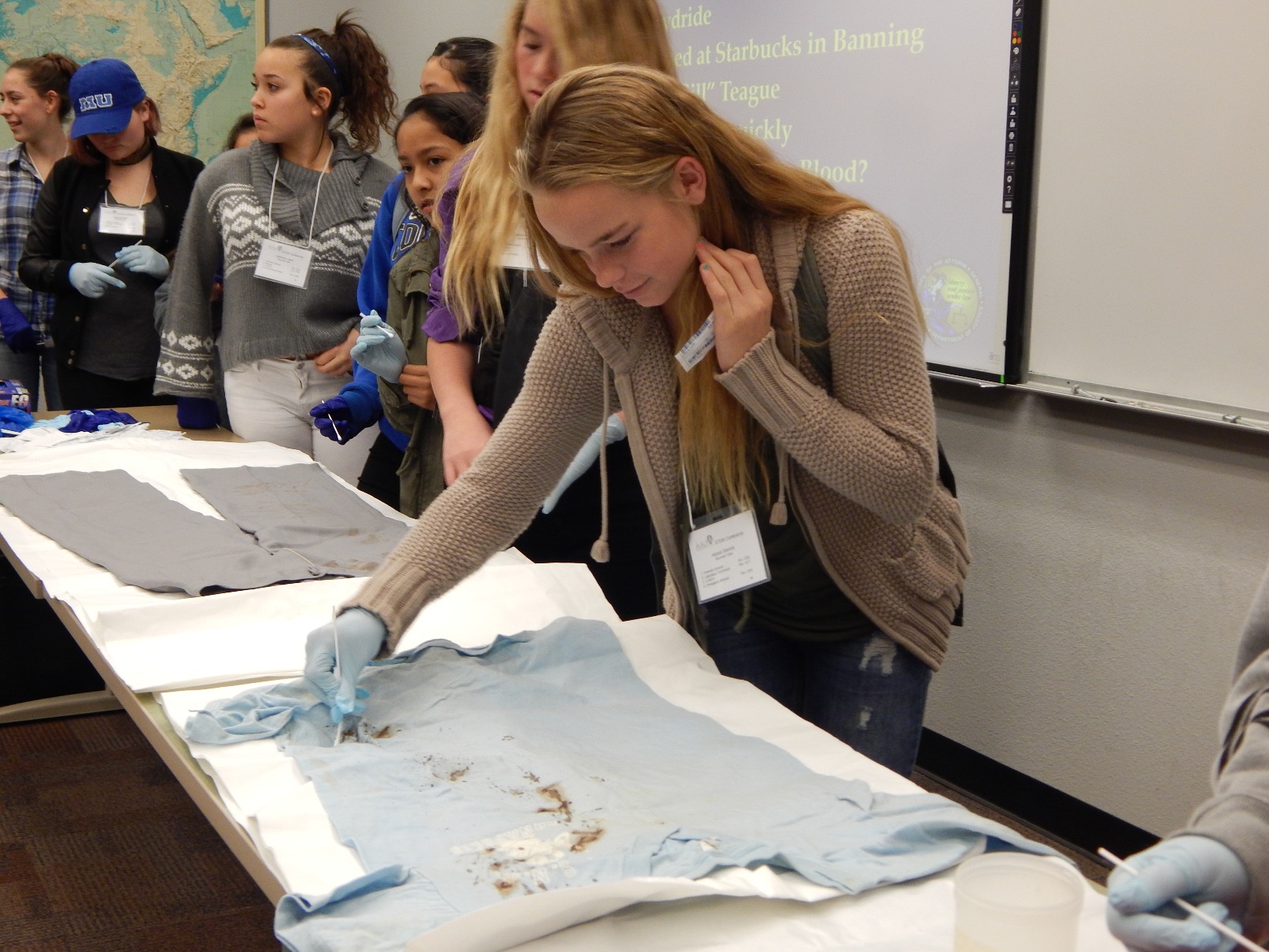 RIVERSIDE -  When you have a career that is often portrayed on television shows, you tend to have a captive audience when talking about what it is you do for a living.  To make it even more interesting for hundreds of eighth grade girls learning about careers in forensics in Riverside County on January 12, 2017, two California Department of Justice criminalists took along mock evidence for the students to screen for blood.

“This event is to get them excited in what have, traditionally, been male-dominated careers,” said CSLEA and AC-DOJ Member Dernoncourt.  “The girls are given a number of different career paths that are going to be represented at the conference and they can choose three to attend.”

The criminalist talked about their careers, what a “day in the life of a criminalist” is like, what steps need to be taken to enter a career in forensics, and just for good measure, encourage the girls to work toward good grades and to stay in school.

“I’m a mom, so I use the opportunity to emphasize stay in school, make good choices, get good grades,” said Dernoncourt.  “I talk to them about volunteering, internships and direct observation.” 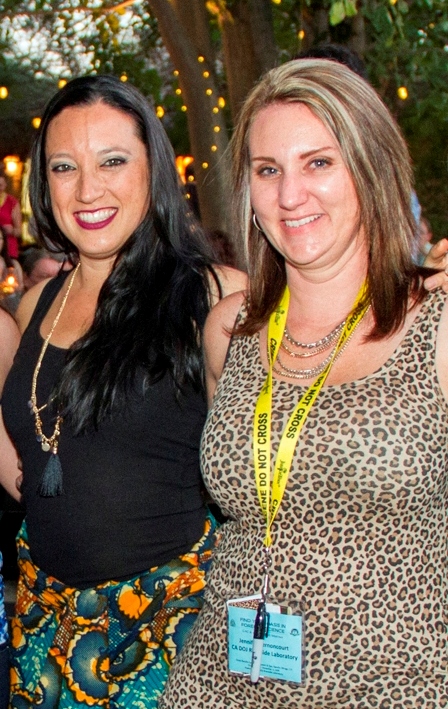 During the question and answer session, the conversation often turns toward television shows featuring crime scene investigators. “They watch tv and want to know if it’s like that in real life.” said Almeida. “We let them know we assist in putting people behind bars, we are not at crime scenes every day, we work in labs and at desks.

Almeida, a criminalist for five and a-half years at the Riverside DOJ lab appreciates helping young girls to become interested in careers in science.  “It’s nice to see their interest in the field of forensics,” said Almeida.  “With DNA technology, the need for it, and the number of cases, it seems like there are never enough people.”

“We are getting a lot of women and the number of women seems to be increasing since I was hired at DOJ in 2000 and then became a criminalist in 2006,” said Dernoncourt.  “I think possibly, TV shows and the media portraying that you can be successful as a woman in this career, has helped.”

A CSLEA tour of the Jan Bashinski DNA Lab in Richmond, CA