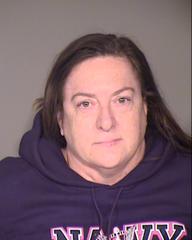 OXNARD – On January 6, 2017, former hospice nurse Sandra Rothweiler, 49, of Oxnard, was arrested on charges alleging drug dealing and manslaughter involving the overdose death of a 61-year-old woman back in July 2015.

On July 31, 2015, Della Gleeson, 61, was found dead in her apartment in Ventura.  Gleason’s cause of death, prescription drug overdose, lead to an investigation into Rothweiler, who cared for Gleeson’s dying mother in 2014, and remained in contact with Gleeson following her mother’s death.

The Ventura County Interagency Pharmaceutical Crimes Unit (PCU) joined the investigation when it was learned Rothweiler worked for a hospice located in Thousand Oaks.  Investigators found Rothweiler was allegedly hoarding medication that she acquired when a patient under her care died.

Two weeks after the death of Della Gleeson, investigators served a search warrant at Rothweiler’s Oxnard home and discovered a significant amount of medication including OxyContin, Alprazolam (Xanax), Morphine, and Methylphenidate (Ritalin).  Evidence was obtained that also implicated Rothweiler in supplying Gleeson with prescription opiate medication.  Investigators then arrested Rothweiler for possession for sale of the prescription medication found in her residence.

Detectives continued their investigation into Rothweiler’s possible role in Gleeson’s death and on January 6, 2017, the Ventura County District Attorney filed a criminal complaint against Rothweiler alleging drug dealing and manslaughter.  A warrant was issued for her and Rothweiler was arrested.

“The Ventura County Interagency Pharmaceutical Crimes Unit relies on the expertise of law enforcement officers and investigators at the local and state level,” said California Statewide Law Enforcement Association (CSLEA) President Alan Barcelona.  “Some of our valued CSLEA members are assigned to this unit and are an excellent contribution to fight against the abuse of, and the illegal sales of prescription drugs.  These powerful drugs are necessary for the humane treatment of the terminally ill, but must not be used by our youth or drug seekers on the streets.”