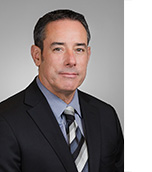 Two recent decisions of California Appellate Courts (Marin Assn. of Public Employees v. Marin County Employees’ Retirement Assn. and Cal Fire Local 2881 et al., v. California Public Employees’ Retirement System) have called into question what was believed to be longstanding pension protections for existing employees. The “California Rule” based on Article I, Section 9 of the California Constitution stated that the pension offered at an employee’s time of hire was a vested entitlement at the time of retirement, subject only to reductions which were by a comparable benefit.

In the Marin case, the county retirement system, acting pursuant to the Public Employees’ Pension Protection Act (PEPRA), eliminated items such as standby pay, call back, meal and boot reimbursements, and leave cash out upon retirement – items which had historically been included in final compensation for purposes of retirement. The First District Court, Division Two, ruled the changes constitutional.

The court first examined legal precedent dating back to the 1930’s. Contrary to what many believed, these cases universally concluded that vested pension benefits were not sacrosanct and could be modified “to permit adjustments in accord with changing conditions and at the same time maintain the integrity of the system and carry out its beneficent policy.” Miller v. State of California (1977) 18 Cal. 3d 808, 815-816.

Perhaps the reason that many people believed that pension formulas, as opposed to contribution levels, could not be legally changed, was because of the judicial decisions which required any decrease in pension entitlements to be offset by a corresponding increase in other benefits. There would be no economic advantage to a public employer if any cost savings of a formula reduction were required to be supplanted with an equal increased cost in enhancing pay or other benefits.

In ruling that the retirement system acted consistent with State law, the Marin court did two things. First, it examined the history of the requirement that elimination or reduction of an anticipated retirement benefit must be counterbalanced by a comparable new benefit. It found that an appellate court had used the term “must” while the California Supreme Court on more than one occasion had used the word “should” in assessing the legal obligation. The Marin court concluded that there is no legal requirement which requires equivalent offset. The second thing the court did was to find that because the affected employees’ earnings were no longer having pension contributions taken from the newly excludable items of compensation, there was an offset which put additional “cash in hand every month”.