More than 230 felony charges were filed against the 40 suspects in connection with crimes committed at seven auto body shops across Coachella Valley. The family organized crime ring filed up to 40 false insurance claims receiving payouts totaling more than $560,000.

“Forty suspects involved in ripping off insurance companies and essentially ripping off all of us who purchase insurance policies,” said California Statewide Law Enforcement Association (CSLEA) President Alan Barcelona.  “California Department of Insurance detectives and investigators have no shortage of work in this state when it comes to insurance fraud.   Rest assured, they investigate, assist in prosecutions and the guilty pay for their crimes.”

Investigators received information about the crime ring in 2014, as part of a previous bust of suspects allegedly running a similar crime ring.   During the investigation, investigators found that the owners of the seven body shops allegedly conspired with employees and family who posed as insurance consumers and filed fraudulent claims for collisions that were either staged or never occurred at all.

One fraudulent claims filed by the suspects included a claim including substantial bodily injury where the insurer paid more than $100,000. In another, the suspects allegedly staged a collision that targeted an innocent motorist leaving her vehicle with significant damage.

The body shops investigated include:

The suspects arrested: (pictured below from left to right – top row)

(from left to right bottom row) 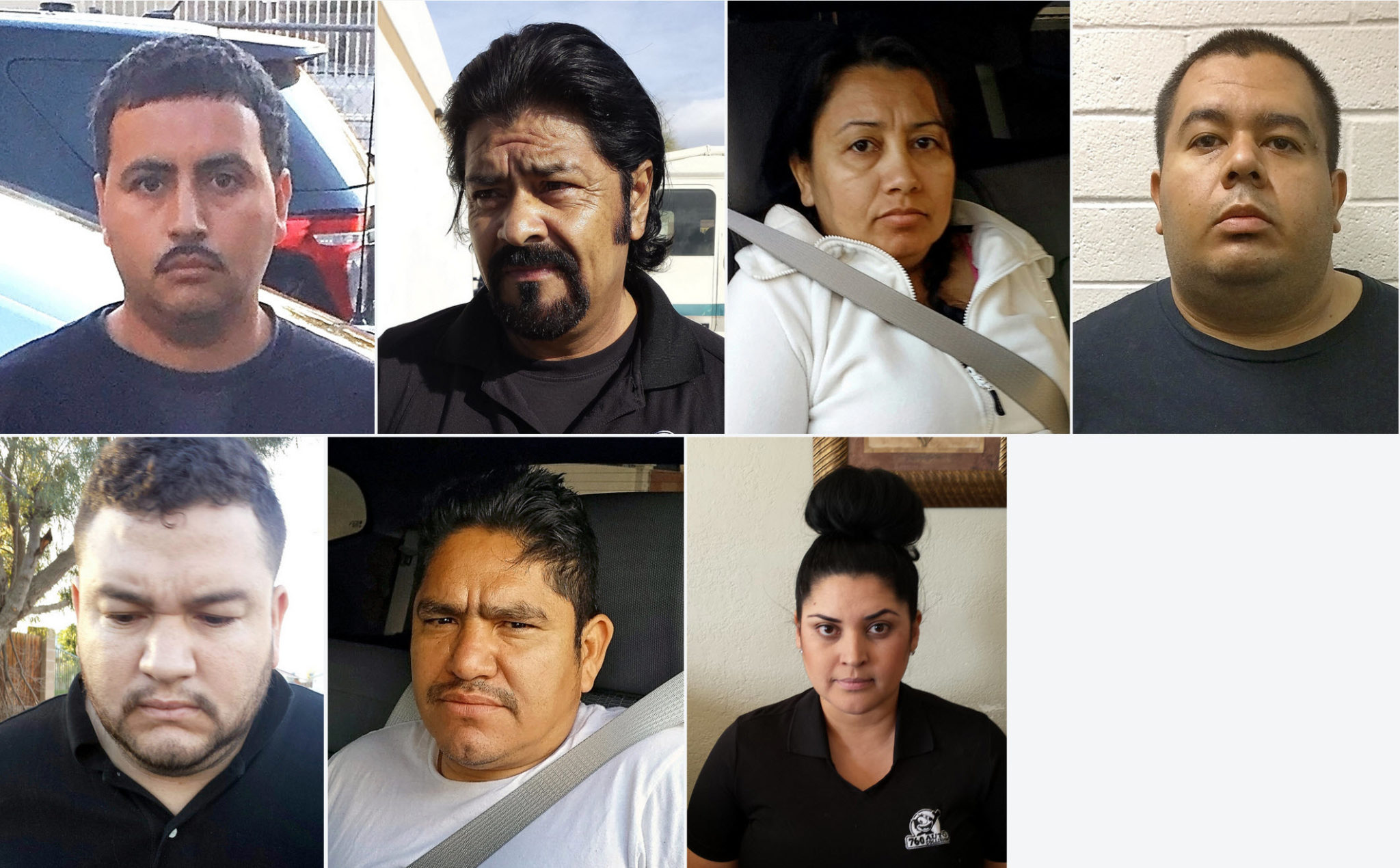