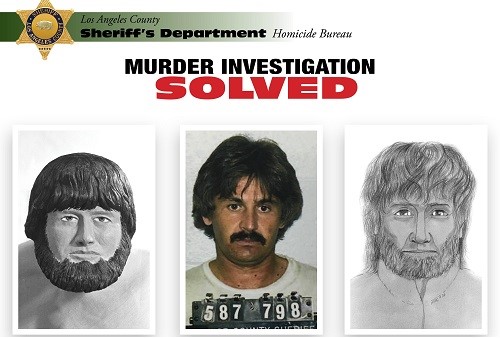 LOS ANGELES -  On the 41st anniversary of the sexual assault and murder of Karen Klaas, a 32-year-old mother and the ex-wife of Bill Medley of the Righteous Brothers, the Los Angeles County Sheriff’s Department announced the decades-old case has been solved by criminalists using Familial DNA technology at the California Department of Justice Bureau of Forensic Services.

Sheriff Jim McDonnell made the announcement at a press conference on January 30, 2017, identifying Klaas’ suspected killer as Kenneth Eugene Troyer, 29 years old at the time of the crime and killed by police in March 1982 during his capture as a prison escapee.

“Forty-one years of not knowing who killed Karen Klaas and the murder mystery is now solved thanks to science, technology and the extremely bright criminalists inside a California DOJ lab,” said California Statewide Law Enforcement Association (CSLEA) President Alan Barcelona.  “You might remember, Familial DNA work by California DOJ criminalists also led to the arrest, conviction and sentencing of the Grim Sleeper, who evaded investigators for decades.” 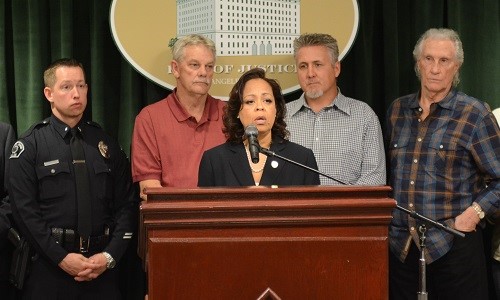 CSLEA and Association of Criminalists-DOJ Member Elissa Mayo, Chief of the Bureau of Forensic Services and DNA Specialist, spoke at the news conference in which details of the case and investigation were shared with the public. 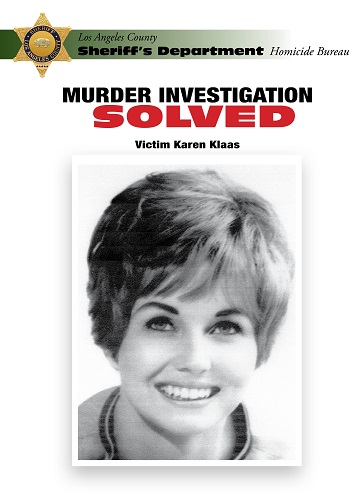 Karen Klaas was found by Hermosa Beach police inside her home, strangled, sexually assaulted and left unconscious on January 30, 1976.   Klaas was supposed to meet two friends for coffee after she dropped off her son at school, but never arrived.  Her friends became concerned and went to her home to check on her.

When the friends arrived at Klaas’ home, they saw a man walking out of her house and recognized him as someone seen walking the area in days prior to the attack, but they did not know his identity.  They immediately called police, who responded to the home and found Klaas unconscious and the victim of a brutal sexual assault.  She was hospitalized and in a coma for five days before she died on February 4, 1976. 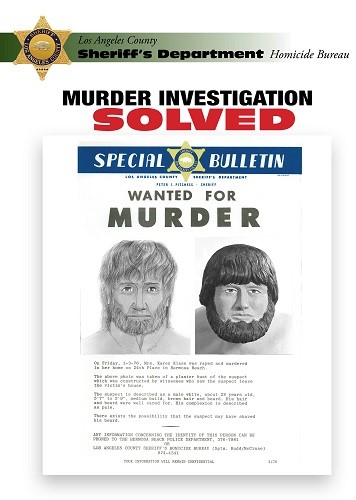 The case went cold when tips, leads, questioning, and a composite sketch failed to produce a suspect.

In 1999, LASD Homicide Bureau Unsolved Unit detectives reinvestigated the case.  Using developing technology that wasn’t available in 1976, they requested DNA processing of the towel containing the biological evidence.  A DNA profile was obtained from the towel and submitted to the Combined Offender DNA Index System (CODIS).  DNA profiles in CODIS are compared with other profiles submitted into state and federal databases in order to locate an exact match.   No match was found.
As DNA technology advanced, a new type of search, known as familial DNA, was conducted.  The significance of a familial DNA search is that it can locate partial DNA matches, indicating a sibling, child, parent, or other blood relative who may have been incarcerated and had their DNA profile entered into the state database.  A familial DNA search can lead detectives to a relative, and ultimately to the suspect.

“Familial DNA searches are a very powerful tool in modern law enforcement’s arsenal, but they have raised some ethical concern amongst certain civil rights observers,” said Association of Criminalists-DOJ President John Miller.  “As a result of those concerns, a special committee was formed to evaluate each and every request to use familial searches. There are many hoops that have to be jumped through before DOJ will allow the process to be utilized, including, but not limited to, making sure that all other viable avenues of inquiry have been exhausted by investigators. The Department of Justice is extraordinarily careful of how the DNA database is used, ensuring that it never becomes an unethical method of developing suspects.”

A familial DNA search was conducted in 2011, and again, no match was located.

The search was repeated in 2016 and yielded a match to the familial line and led detectives to identify the donor of the DNA recovered from both the crime scene and the victim’s body.  Kenneth Eugene Troyer was identified as the suspect who sexually assaulted and murdered Karen Klaas.

WHAT WE KNOW ABOUT KENNETH EUGENE TROYER
In January 1982, while serving a prison sentence for burglary at the California Men’s Colony State Prison in San Luis Obispo, Troyer escaped.   While on the run, he was identified as a suspect in other robberies, assaults and rapes in Orange County, leading to the formation of a task force comprised of several Orange County-based police agencies.

Troyer was shot and killed on March 14, 1982, by police during his apprehension.  Because his death occurred prior to the time the law requiring the DNA collection of certain criminal offenders was enacted, his DNA was never entered into the system.  The incarceration and DNA submission of a relative led detectives to uncover the long-awaited truth.

The use of the familial DNA search is the only reason Troyer was identified and underscores the significant benefit this revolutionary crime-fighting tool brings to modern law enforcement agencies, according to the Los Angeles Sheriff’s Department.  As a result, closure can finally come to Karen Klaas’ family and to an investigation which dogged generations of detectives for over four decades. 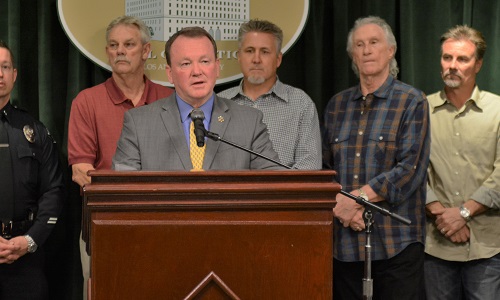 “At the risk of sounding like a broken record, once again the DNA database has shown itself to be one of the most powerful tools in law enforcement’s arsenal,” said Miller.   “There are over 200 dedicated state criminalists working tirelessly to solve crimes for the people of California, using DNA analysis and other skills, despite that DOJ’s Bureau of Forensic Services is currently suffering a significant budget shortfall. And it behooves us to keep in mind that not only does the work that they do result in the apprehension of suspects in current cases, and the closure of old and cold cases, it also sets the innocent free.”