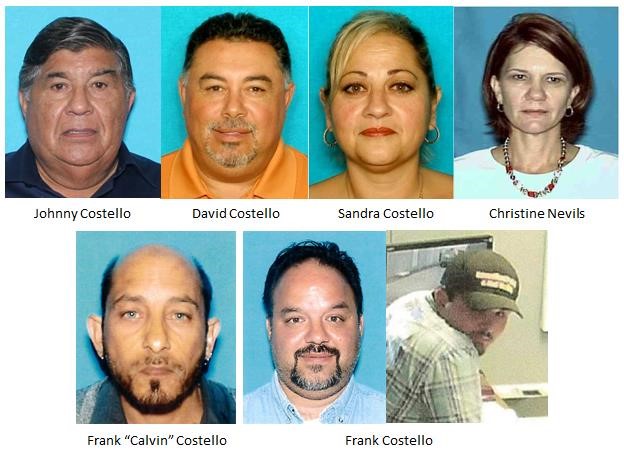 SACRAMENTO –  Kudos to Contractors State License Board’s (CSLB) Statewide Investigative Fraud Team (SWIFT) investigators whose quick response to a Wilton resident’s suspicions that she was being conned, led to the arrest of two suspected unlicensed contractors who were in possession of nearly $46,000 in cash and an estimated $200,000 in jewelry, at the time of their arrest.

“This is absolutely appalling, that a group of family members travels to California and preys on the elderly and perhaps victims of this winter’s heavy rains,” said California Statewide Law Enforcement Association (CSLEA) President Alan Barcelona.  “Many homeowners are finding they need to repave portions of their property because of cracks and potholes caused by so much rainfall.  Thankfully, their potential victim took appropriate steps to protect her money and protect others from financial harm.”

The Wilton resident, an elderly woman, told investigators she was approached while doing yard work by two to three men and a woman, believed to be Johnny Costello and his son David Costello, and Christine Nevils, all of Katy, Texas. She said the group told her they had seal coating left from a previous job and offered her a “great deal” to pave her driveway and parking area.

She agreed, but later stopped payment on the $16,000 worth of checks she wrote to Nevils and another woman, Sandra Costello, after having second thoughts. It’s common for transient criminals to ask for payment directly to individuals, rather than a company. A friend, who is a licensed contractor, urged the victim to contact CSLB.

On March 3, 2017, SWIFT investigators teamed with investigators from the Sacramento County District Attorney’s Office and worked with the victim to try and bring the suspects back to her house last Friday to collect a new check.

Sandra Costello, 50, and Christine Nevils, 58, appeared at the house, and were arrested. They now could face multiple charges, including grand theft, residential burglary, theft by false pretenses, elder abuse, and contracting without a license.

In the handbag of Sandra Costello, investigators found almost $46,000 in cash and an estimated $200,000 in jewelry, including six Rolex watches. The pair’s 2017 Chevy Suburban was impounded, but later released.

The two were jailed, with bail set at $50,000 each. They quickly made bail and were released. Their first court appearance is scheduled for Monday, March 13, 2017.

Investigators believe the four, and likely other family members, including those shown below, traveled with multiple sets of paving and seal coating equipment from Texas into Southern California, up through Bakersfield and the Central Valley, and finally into the Sacramento area, likely victimizing homeowners all along the way.

David Costello, 51, is currently on probation after being convicted of elder abuse related to a similar construction scheme in Florida.