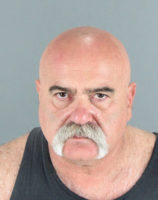 On March 14, 2017, following an investigation that began in January, a team of agents and investigators served a search warrant and arrested Joseph Hirsh, 59. During the search and arrest at Thermal Dental, narcotics and equipment commonly used to make drugs were seized.

Investigators found a “crude” dental office inside the building which included a dentist’s chair, x-ray machine and dental tools. It is suspected that Hirsch was providing dental treatment to patients, without a license. According to Investigator Blonien (The Daily Journal- Questionable dentist arrested for narcotics) Hirsch has never had a license to practice dentistry, but was allegedly doing so when fitting patients for dentures.

Hirsch was arrested on felony charges that include possession and manufacturing of drugs. Blonien and other Dental Board of California, DCA investigators are still working on the “practicing without a license” investigation, which could lead to additional charges.

“When citizens suspect that laws are being broken, they should always alert investigators,” said CSLEA President Alan Barcelona. “These cases can be very complicated and months can pass before an arrest is made. No one wants to be treated by a suspected phony posing as a dental care professional, and certainly not one suspected of manufacturing drugs.”