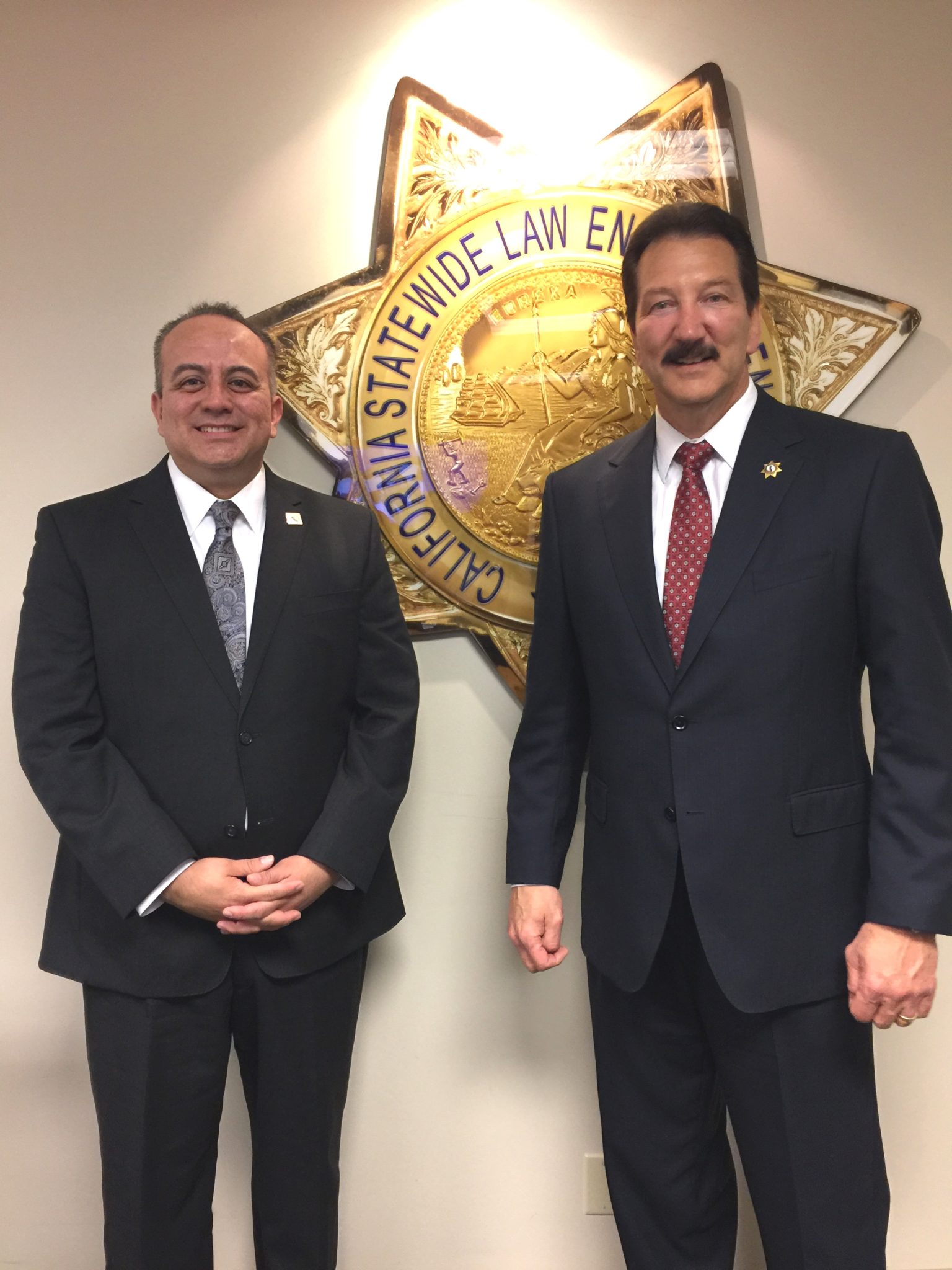 “We especially enjoy our guest speakers whose work at the Capitol impacts our members, be it work-life, retirement, or the economy,” said CSLEA President Alan Barcelona.  “Assemblymember Bocanegra thanked our board for its support and their public safety work.   And our board members got to bring up some issues near and dear to their hearts and put those issues on the Assemblymember’s radar.  It was a great half-hour visit with the-always- personable assemblymember and I thank him for taking time out of his very busy schedule to address our board.”

“You have been with me every step of the way,” said Assemblymember Bocanegra.  “I am here for you, you have a friend in me.  People want to feel safe.  Thank you for doing the work that you do.”

“It was good to hear that Assemblymember Raul Bocanegra supports our issues and appreciates the work our rangers, lifeguards and wardens do every day for the people of California,” said Matt Yarbrough, CSLEA director and president of the Resource Protection Peace Officers Association (RPPOA).

Business conducted by the board included:

Reaction and updates from CSLEA directors during the meeting:

CSLEA Director, California Association of Food & Drug Investigators (CAFDI) President George Tiongson – “I am grateful for the ability to reach a CSLEA lawyer at a moment’s notice.  That service is invaluable to our members of CSLEA and I know the members of CAFDI are also grateful.”

CSLEA Director, Association of Motor Carrier Operations Specialists (AMCOS) President Lynn Brenneman – “Daily, each of on our motor carrier specialists-I are doing the best job they can with the multiple resources they have been given.  Each contact in the industry is an opportunity to let their excellence shine.  I hope that they come see their AMCOS Board in San Diego on May 6th.”

CSLEA Director, Association of Conservations Employees (ACE) President Shawn Fry – “I attended the CSLEA quarterly board meeting and it was interesting and productive.  It would be great to increase communications among ACE members.  I want ACE members to contact me with ideas.   It is an honor to serve ACE members as their president. Thank you for your dedication to our fine program.  Stay safe.“

CSLEA Director, California Association of Criminal Investigators (CACI) President Dennis Maffei – “I am looking forward to team CACI’s Baker-to-Vegas run this weekend.   CACI is a sponsor of this team and will be in Vegas supporting our members.”

CSLEA Director, Fire Marshal and Emergency Services Association (FMESA) President Daren Watkins – “FMESA welcomed the State Firefighters Association into our affiliate in December 2016.  As of our first quarter board meeting last week, the integration has been seamless.  FMESA continues to grow and we are looking forward to the potential of 2017.  Our board welcomes the opportunity to connect with members by providing new member orientation and coordinating site rep training.  We will continue to educate our affiliate on the benefits of CSLEA membership and union representation.”

CSLEA Director, California Association of Regulatory Investigators and Inspectors (CARII) President Tom Ineichen – “This was a good meeting and discussion about what CSLEA is doing on the forefront of what is important to our members and protecting the contract.  Great information was provided on the recent contract and side letter and what can be done to look for similar circumstances and possible ways to approach a change.  We received a nice update on the legislative and media issues, keeping CSLEA on the front line of what is going on with the laws and how to protect our members.  CARII will be scheduling some site representative and membership meetings this summer.  If CARII members are interested in participating, helping, or having a meeting in their area, they should contact me.”

CSLEA Director, CHP-Public Safety Dispatchers Association (CHP-PSDA) President Tina Brazil – “We came into our quarterly board meeting looking forward to discussing and seeing the positive things that are happening to all our affiliates and each of their members.  Asssemblymember Bocanegra spoke with the board and of his support.  CHP-PSDA is a strong and positive voice within CSLEA and for its members.  CHP-PSDA continues to support its members in every way possible.  I want to wish everyone a great telecommunications week.  I, and the entire CHP-PSDA Board are very proud of all of you and the difference you make in lives, every day.   Your dedication to public and officer safety never ends, making each of you a hero every day.”

The second quarter CSLEA Board meeting will likely be held in May.