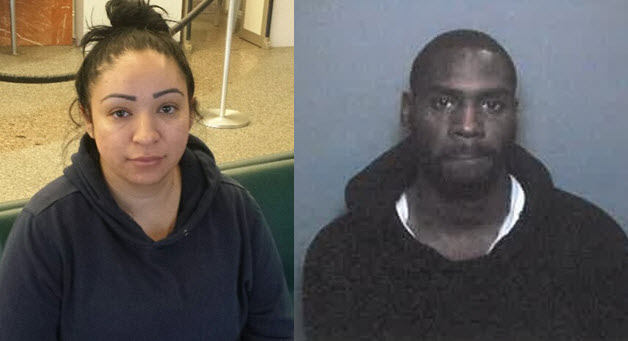 ORANGE – When an insurance company and the Tustin Police Department suspected an Orange County couple were committing insurance fraud, they alerted California Department of Insurance (CDI) detectives who are experts at identifying fraud and arresting those suspected of it.   As a result of the lead and their investigation, on April 13, 2017, CDI detectives arrested Lamont Goodwin, 33 and Sylvia Camarillo, 31, both of Orange County.  The two were arrested on multiple felony charges of insurance fraud after allegedly submitting a fraudulent claim and filing a false police report to bilk their insurer out of $18,000 for damages not covered by their insurer.

"Trying to cover your tracks and recover uninsured losses by filing a fraudulent claim is a life-altering mistake," said Commissioner Dave Jones. "Let this be an example that insurance fraud is a serious crime that will likely lead to your arrest and possible time in jail."

“CDI detectives are superior at insurance fraud investigations and assisting district attorneys with the prosecution of suspects,” said California Statewide Law Enforcement Association (CSLEA) President Alan Barcelona. “Their work, their track record and the publicity surrounding their cases should all put scammers on notice, commit insurance fraud and CDI detectives will catch up to you.”

In May 2016, Goodwin was driving and involved in an auto accident, according to a report taken by the responding officers from the Tustin Police Department. Following the accident, Goodwin and his domestic partner, Camarillo, allegedly lied to their insurer, reporting that Camarillo was the person driving the vehicle and Goodwin was a passenger.

Suspecting fraud, the insurance company and the Tustin Police Department reached out to CDI, which launched a fraud investigation that determined Goodwin was, in fact, the driver and Camarillo was not in the car at all or at the scene. Both Goodwin and Camarillo allegedly conspired to file a fraudulent claim so the insurance company would pay for damages that were not covered under the conditions of the policy. The investigation also uncovered that the pair filed a false police report accusing the Tustin police officers of lying on the original traffic report.