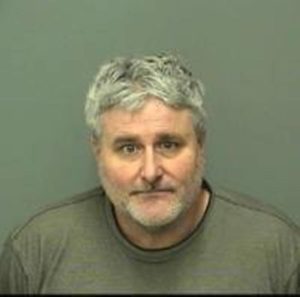 EUREKA – On April 5, 2017,  Edward Mitchell Jr., 47, of Eureka, was arrested at his home as a result of a $600,000 warrant issued out of Merced County.  Mitchell is charged with 14 felony counts of obtaining money, labor or property by false pretenses and 14 felony counts of diversion of construction funds, according to  District Attorney Larry D. Morse II.

Between July 2014 and October 2015, the California Contractors State License Board (CSLB) investigated complaints regarding Mitchell accepting well-drilling deposits from at least 14 victims and then never returning to complete the work, according to a CSLB Enforcement Supervisor.

Mitchell was chief executive officer of Mitchell Drilling Environmental Corporation and had a valid CSLB license until April 26, 2016, when it was revoked. Mitchell was arrested by Humboldt County’s District Attorney’s Office, Investigations Unit, with the assistance of the CSLB, after investigators with the Merced District Attorney’s Office learned he resided in Eureka. He was booked into the Humboldt County Jail, and has since been transported to Merced County Jail.

“Due to the work of CSLB investigators, this suspect will now have to answer for his alleged crimes and it’s my hope, the victims will see some kind of restitution,” said California Statewide Law Enforcement Association (CSLEA) President Alan Barcelona.

According to investigators, some of the victims experienced additional hardships because their permits to drill their wells had expired and due to a change in county ordinances, their land no longer was eligible for a permit.