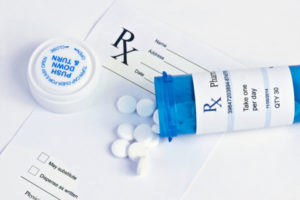 Investigators found that Carter allegedly stole prescription forms from her employer, a Santa Rosa area hospital, and had written two oxycodone prescriptions for herself.

“We put a lot of trust and faith in our medical professionals and those who violate their commitment to the health and well-being of others, their oath, and the law, will be held accountable,” said California Statewide Law Enforcement Association (CSLEA) President Alan Barcelona.  “Now more than ever, we need investigators who are experienced in what to look for when investigating medical professionals and the misuse of prescription meds.”

Carter’s alleged crimes were discovered when employees of a Walgreens pharmacy contacted the hospital to verify the authenticity of the prescriptions.  The physician whose signature was forged on the prescriptions was unaware of Carter’s actions.

Carter was booked into Lake County Jail without incident and has since been released on bond.  Her arraignment hearing is scheduled for Monday, June 12, 2017 at 8:00am.