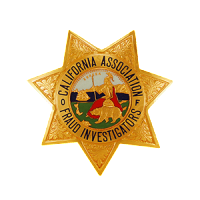 According to court documents, between March 2008 and February 2011, Naope and others involved in the scheme registered fictitious employers, such as “Peco Media,” “Sona Entertainment,” and “Money Alley,” with the EDD and then recruited other individuals to pose as laid-off employees of those companies. These fake employees would then file for and collect unemployment insurance benefits based on the wages reported to EDD by the fictitious employers.

“Unemployment benefits are for those who have lost their jobs and need assistance while searching for another,” said California Statewide Law Enforcement Association (CSLEA) President Alan Barcelona.  “EDD investigators work to uncover those criminals who scam the system for their own financial gain and steal from the hardworking citizens of California and this country.”

The total amount of unemployment benefit checks cashed as a result of this scheme was at least $2.5 million. Naope is the seventh individual to be convicted for participating in this fraud scheme, which was charged across three separate cases.

Naope is scheduled to be sentenced by U.S. District Judge Garland E. Burrell Jr. on June 16, 2017. Naope faces a maximum statutory penalty of five years in prison and a $250,000 fine.

This case is the product of an investigation by the U.S. Department of Labor, Office of Inspector General and the California Employment Development Department-Criminal Investigations.