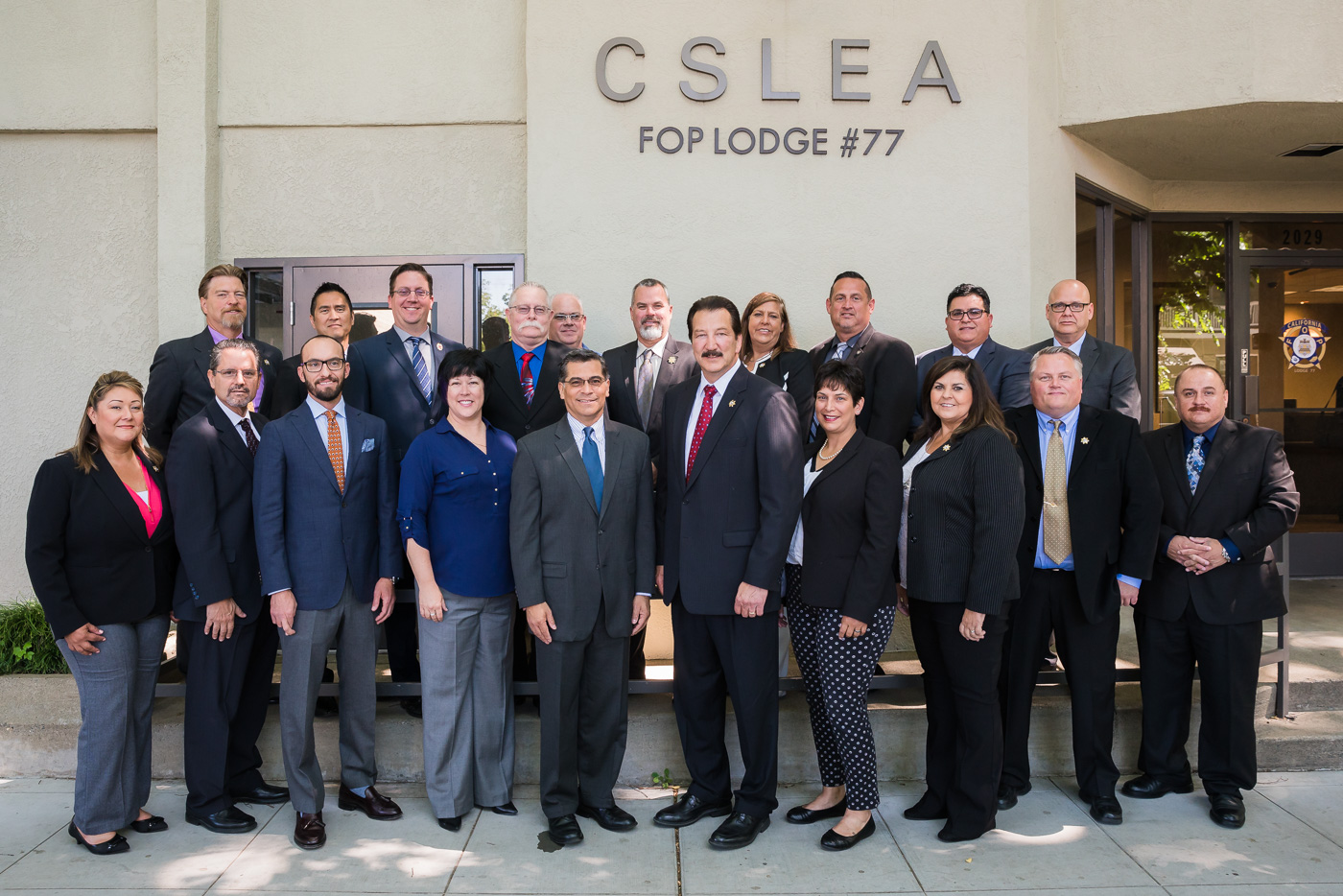 California Attorney General Xavier Becerra with CSLEA Board of Directors

SACRAMENTO –On May 17, 2017, California Attorney General Xavier Becerra arrived at California Statewide Law Enforcement Association (CSLEA) Headquarters in Sacramento to speak to CSLEA directors at their 2017 second quarter board meeting. 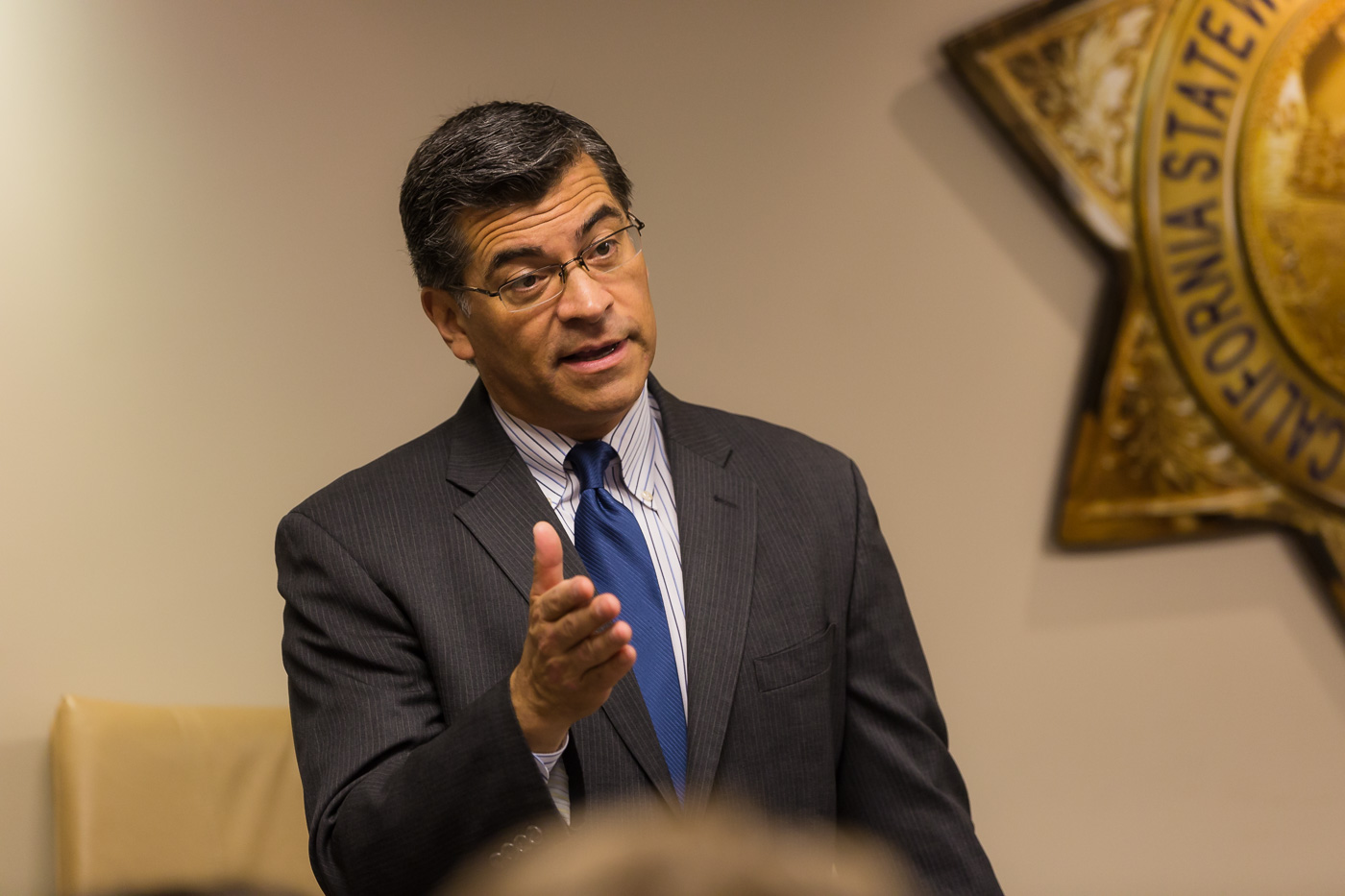 “Thank you for letting me come by, thank you for what you do,” Becerra opened.   He told the CSLEA Board he made a commitment to meet with every law enforcement representative organization in the state and will continue to do that.  “To me, that was important, since I’m suppose to be the chief law enforcement officer in the state, that I establish a relationship.” 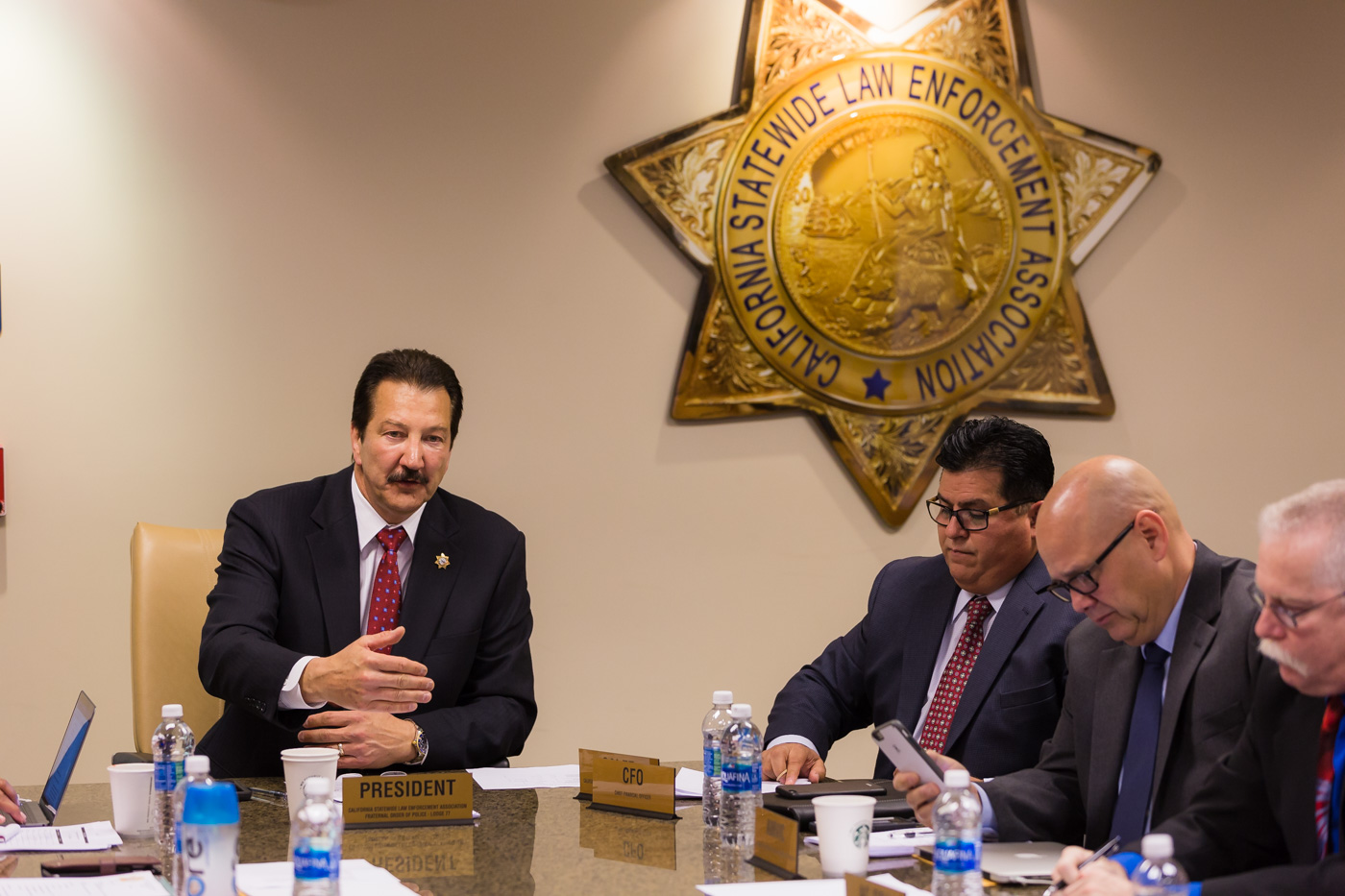 “Our new attorney general has been very receptive to meeting with CSLEA leadership and it was an honor to have him take time out of his busy morning to address our entire board of directors,” said CSLEA President Alan Barcelona.   “We look forward to working with him and appreciate his sincerity.”

“Let me know how I can help,” Becerra told the board.  “Bring ideas and proposals to me.  I’m giving you an invitation.  Let’s figure out what we need to do.” 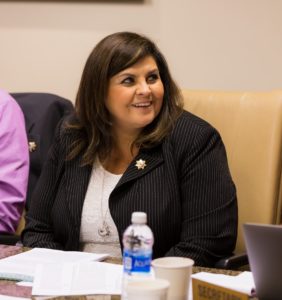 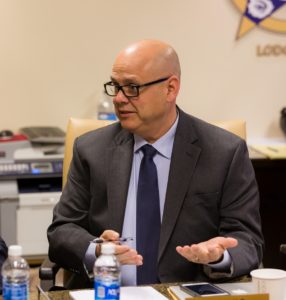 “Meeting with the Attorney General was a great opportunity to express the concerns of the members of CSLEA and AMVIC and establish an ongoing dialogue,” said CSLEA Unit A Vice President and Association of Motor Vehicle Investigators of California (AMVIC) President Kenny Ehrman.

"I would like to thank AG Becerra for his support of law enforcement officers. It was great to hear him voice his support for the very tough job we do every day," said CSLEA Director and Resource Protection Peace Officers Association (RPPOA) President Matt Yarbrough. 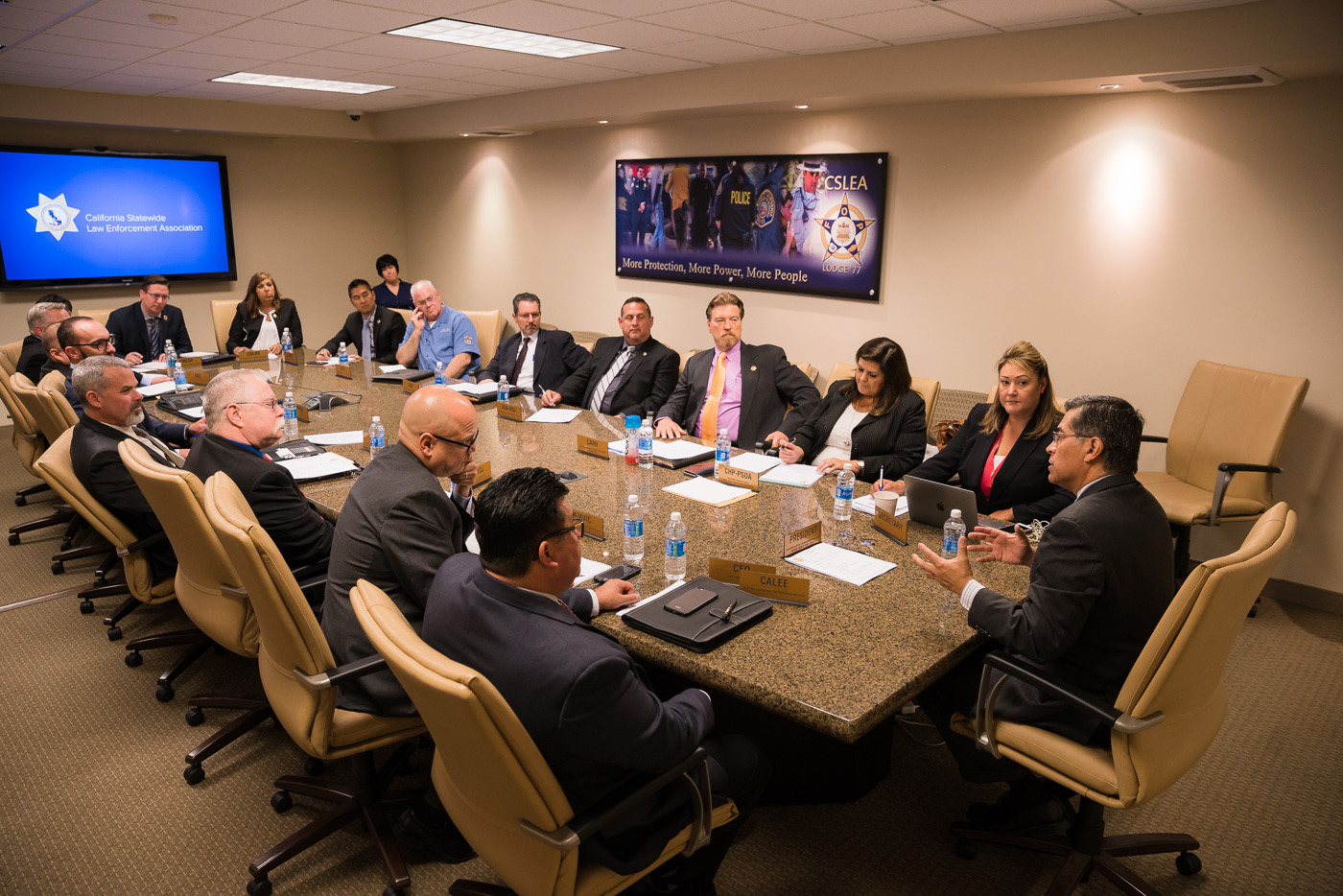 AG Xavier Becerra speaking to CSLEA Board of Directors

Legal Division – CSLEA Chief Counsel Kasey Clark reported on current grievances and updated the board on the Legal Defense Plan.  He also shared a comprehensive member contact log with the board that reflected the amount of contact between members, attorneys and staff since the board met in March.

Political – Political Consultant Peter Mitchell updated the board on political issues which impact CSLEA.  He spoke to the board about the climate, destabilization period in DC and the media’s impact.  He discussed in further detail individual seats and races in California and the United States. 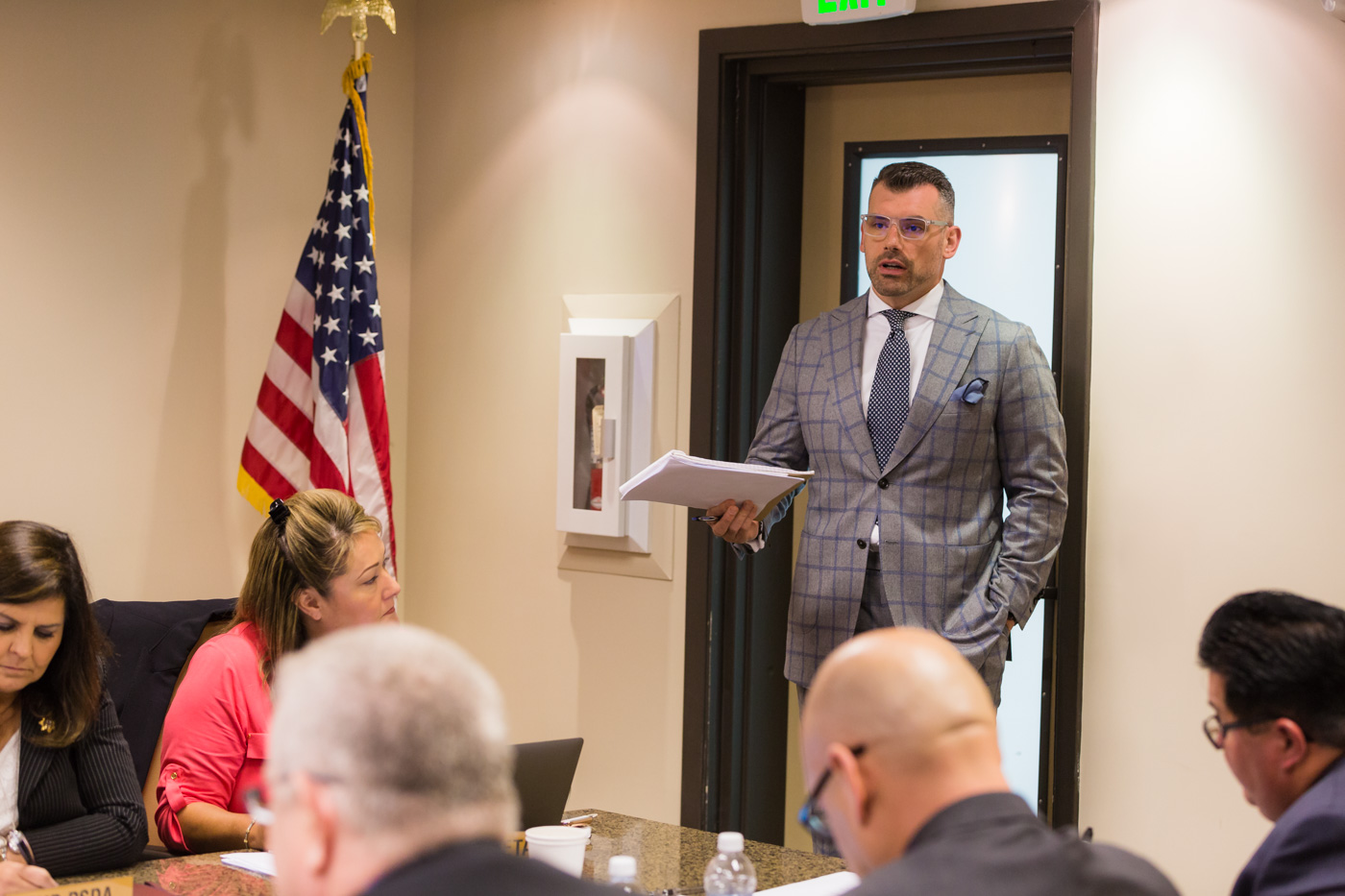 Legislative – Legislative Advocate Shane LaVigne (Capitol Advocacy) reported that California FOP Leg Day at the Capitol was a great success.  The feedback was that California FOP was first class.  LaVigne reported on the legislative process as the session continues.  Appropriation suspense files are being held until next week.  In June, bill crisscross houses.  June 15th is when budget must be passed.

CFO – CSLEA Chief Financial Officer Ricardo Sanchez updated the board on the financial status of CSLEA, costs of travel and expenses and reviewed the budget for the year.

“This was a productive meeting and I was able to impart to the board, how partnering with other large public safety groups, we can enlarge CSLEA’s footprint and make a positive impact for our members at the State Capitol,” said Barcelona.  “We have a committed board and I thank them for bringing their ideas and information to the table and spending the day as we presented this quarter’s updates.  Our job is to represent and fight for our members, and we’ll never stop improving upon that.” 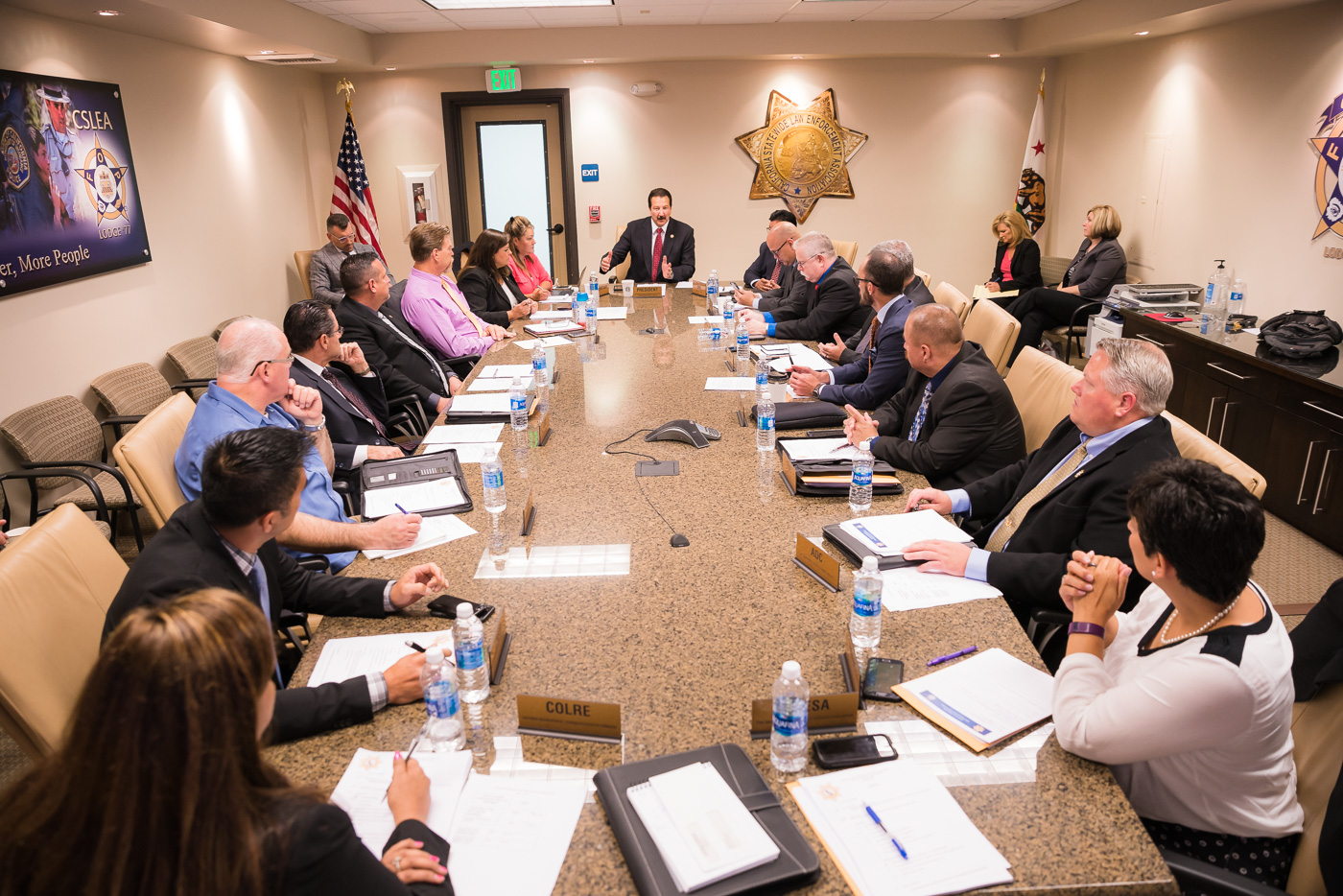 CSLEA Board of Directors