CSLEA Saddened by the Death of K-9 Reno Our thoughts are with Lt. McNair and his family 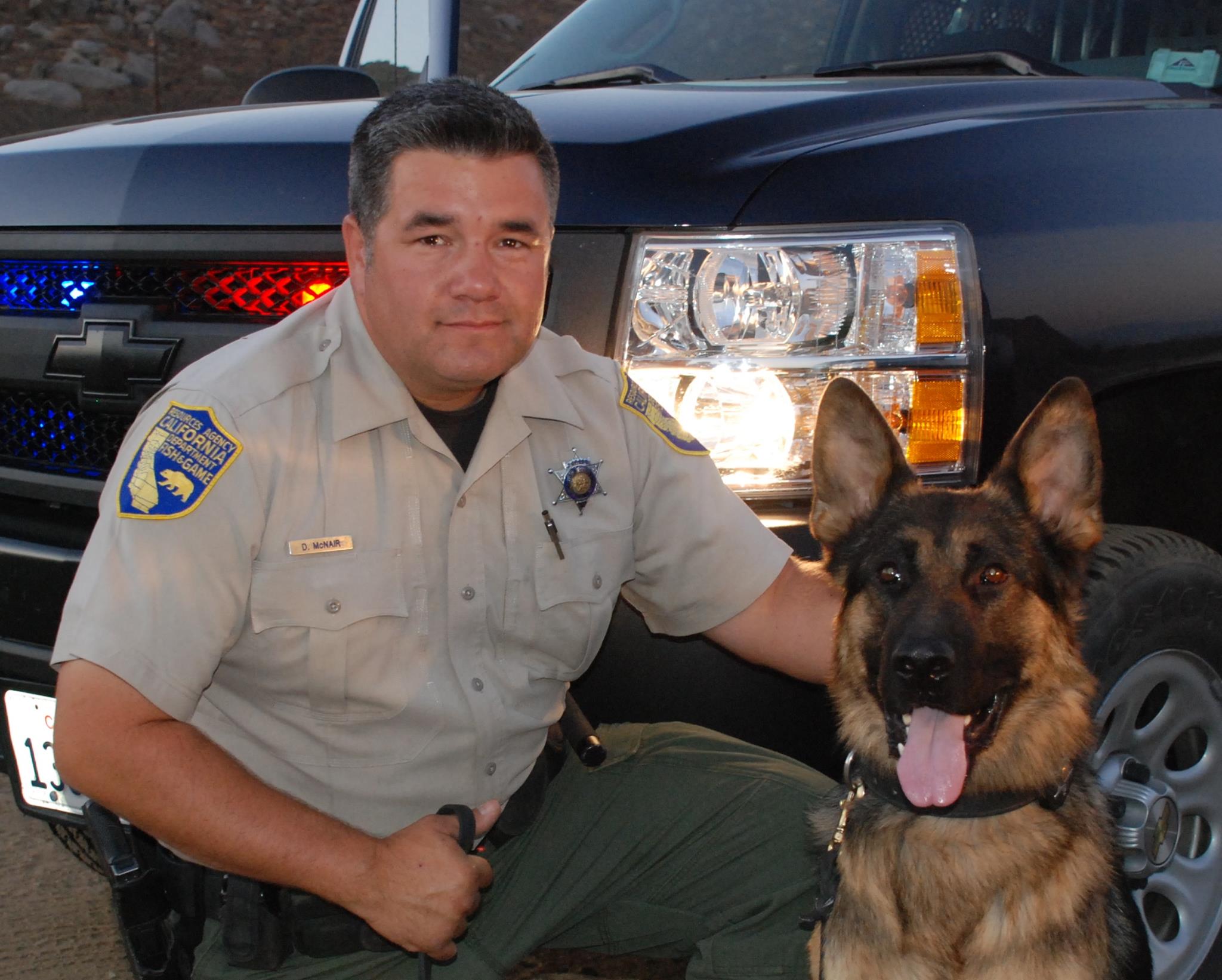 The California Statewide Law Enforcement Association is saddened that member Dave McNair, a lieutenant with California Department of Fish and Wildlife (CDFW), is mourning the loss of his K-9 partner Reno.  Our thoughts are with him and his family. The following is a June 25, 2017 post shared by CDFW on its facebook page:

CDFW's Law Enforcement Division is saddened by the loss of Warden K-9 Reno, who passed away unexpectedly at home on Friday. Lt. Dave McNair and K-9 Reno graduated from K-9 Academy 4 in July 2009 and were assigned to Orange and south Los Angeles counties. During their tour, Reno became known as the “Gun Dog,” as he was trained to locate recently-fired firearms and casings. Multiple agencies used Reno’s talents and some even began training their own gun dogs after seeing Reno’s value.

Lt. McNair's proudest find was on an agency assist with the Anaheim Police Department. They had two robbery suspects in custody and knew there was a gun involved, but no gun was found on either suspect. Multiple police officers meticulously scoured the area with their own K-9, to no avail. The situation was urgent because there were schools in the area and children would soon be walking in the area of an outstanding loaded gun.

Lt. McNair was contacted on his day off, and he and Reno suited up to help a fellow agency in need. They arrived on scene, were briefed and began to retrace the suspects' movements. Near the area where one of the suspects was apprehended, Reno located a small loaded pistol that matched the description given by the victim -- and a potentially dangerous situation was prevented.

K-9 Reno also liked the limelight. Throughout his career, he participated in more than 400 public demonstrations showcasing his talents and connected with well over 100,000 people. Lt. McNair was planning to let Reno retire out at the end of the year. Rest in Peace, K-9 Reno. EOW 6/23/17.