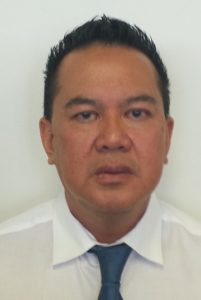 "Health insurance fraud leads to more losses than all other forms of insurance fraud," said Insurance Commissioner Dave Jones. "Medical providers are in a position of great trust, and unfortunately, in this case Dr. Fausto broke that trust when he allegedly billed for services never performed."

After receiving a complaint from an insurer, the California Department of Insurance launched an investigation, which revealed Dr. Fausto billed multiple insurance companies for dental treatments patients did not receive over a seven-year period, between January 1, 2007 and December 31, 2014.

“This type of illegal activity contributes to the high cost of premiums that employers and hard-working people struggle to pay in order to be insured for dental and health care,” said California Statewide Law Enforcement Association (CSLEA) President Alan Barcelona.  “Insurance investigators have case after case involving insurance fraud.  Kudos to them for pounding away at this and arresting those unscrupulous individuals suspected of  fraudulently billing insurance companies.”

Fausto was arrested and booked into the Clara Shortridge Foltz Criminal Justice Center. This case has been referred to the Dental Board of California, which is responsible for licensing dentists in California.