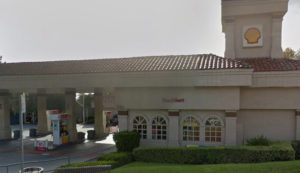 LA VERNE – When a masked gunman held up a clerk at a gas station in La Verne on May 18, 2017, little did he know that two California State Lottery investigators were already hot on his trail, and the trail of his two accomplices – and all three would be identified and arrested the very next day.

“These suspects are accused of robbing at least six stores in eleven days in Los Angeles and San Bernardino counties,” said California Statewide Law Enforcement Association (CSLEA) President Alan Barcelona.  “They went in wearing masks, brandished a firearm, demanded money and lottery tickets. When the store owners notified lottery investigators, they went to work, in some cases even before local police detectives were assigned to the case.  This was speedy work by lottery investigators and great communication with local agencies.”

Lottery investigators tracked the stolen tickets, and although the armed robbers wore masks in each of the robberies, they didn’t wear masks when they cashed in their winning lottery tickets.