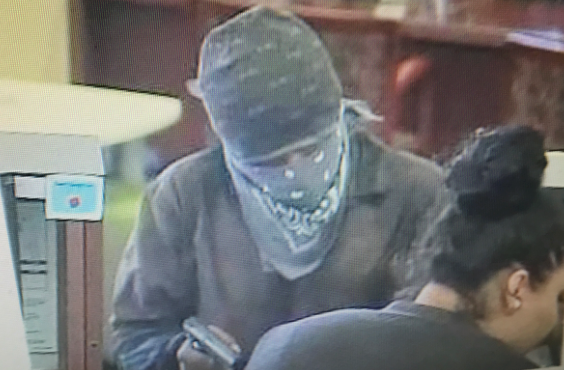 SANTA ROSA – When an armed robber fled an Exchange Bank in Santa Rosa back in November of 2016, he tossed off the cap and scarf he used to hide his identity.  Those two pieces of evidence, collected by Sonoma County Sheriff’s detectives, were sent to a California Department of Justice Bureau of Forensics Lab for criminalists to extract any possible DNA and search for a match.

On June 6, 2017, less than seven months later, criminalists alerted the Sonoma County Sheriff’s Office that they had extracted DNA from the evidence and linked the DNA to Cesar Garcia Arista, a 28-year-old known transient with an extensive criminal history and who is currently in custody in San Bernardino in connection with an armed carjacking. Arista is also being investigated for two other bank robberies, both in Southern California.

During the November 21, 2016 robbery in Santa Rosa, the robber pointed a handgun at a clerk and demanded money. The clerk gave the robber an undisclosed amount of cash and a dye pack that exploded shortly after he left the bank. The suspect was last seen running through a parking lot toward a bike trail. That’s where detectives found the beanie cap and bandana.
The Sonoma County Sheriff’s Office has a $2,000,000 warrant for Arista’s arrest and expect that he'll be transported to Sonoma County to face charges when his cases in Southern California are concluded.

“It never ceases to amaze me how key California DOJ criminalists are in solving crimes in this state.  Cases simply would not be solved without them and the work they do,” said California Statewide Law Enforcement Association (CSLEA) President Alan Barcelona.   “This guy roams the state, allegedly committing violent crimes, disguised himself during this bank robbery, and because of DNA work at the lab, there is now a suspect identified and located.  Tremendous.”