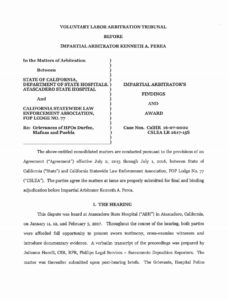 “When ASH HPOs Bryant Durfee, Romerio Mafnas and Abram Puebla came to us with information that the work they were performing in their assignment as detectives was consistent with the work performed by those in the Investigator job classification, we went to work for them,” said CSLEA Supervising Legal Counsel Dave De La Riva.

Grievances were filed in August 2015 and were denied by ASH and by the Department of State Hospitals (DSH).   Mr. De La Riva appealed the denials to the California Department of Human Resources (Cal HR). When Cal HR denied the grievances, the CSLEA Legal Representation Committee reviewed the grievances and approved them for arbitration.

The arbitration hearing was conducted over three days in January and February 2017 with Mr. De La Riva representing the three grievants, with assistance provided by CSLEA Senior Legal Counsel Jim Vitko and Legal Counsel Danielle Hash. One of the primary arguments raised by CSLEA was the fact that the ASH Human Resources Director and ASH Chief of Police had previously approved and issued Durfee out-of-class compensation when he began performing work in the Detective assignment beginning in 2010. Approximately three years later, DSH issued a directive terminating the out-of-class pay, even though the same work performed by Durfee continued through the time the grievances were filed and beyond.

During the hearing, DSH took that position that the duties performed by Durfee, Mafnas and Puebla are expected and appropriate for the HPO job classification. If anything, their responsibilities conducting criminal investigations overlap with those provided in the Investigator and HPO job specifications and do not give rise to a valid out-of-class claim. On the other hand, CSLEA established, through testimony, that the three grievants share office space with their colleagues who occupy actual Investigator positions at ASH. While the Investigators conduct administrative investigations, Durfee, Mafnas and Puebla are the only three individuals at ASH assigned to the ASH Detective Unit and are solely responsible for conducting criminal investigations at ASH. This work includes performing detailed and complex investigations which are then submitted to the District Attorney’s office for prosecution. Their ability to conduct these complex investigations is derived in part on their years of experience in the Detective assignment which includes attending many of the same investigative training courses ASH Investigators attend, on state time and at state expense. At the same time, the three grievants rotate as on-call Detectives and are responsible to respond to and investigate deaths of ASH patients or staff which occur both on and off grounds.

Due to the decision by Arbitrator Ken Perea, Durfee, Mafnas and Puebla were awarded compensation dating to August 2014 in accordance with Article 15 of the Bargaining Unit 7 Memorandum of Understanding. The arbitration award is significant to the extent that DSH has been using the ASH Detective Unit as a model upon which to begin Detective Units at three additional DSH facilities. Therefore, this decision will undoubtedly affect the compensation drawn by detectives at other DSH facilities and may lead to a reformation of the law enforcement philosophy as it relates to criminal investigations within the DSH system.  Whatever change results, CSLEA will continue to ensure that the DSH Detective Units shall function consistent with the Bargaining Unit 7 Memorandum of Understanding.

“I can’t stress the importance of having our CSLEA Legal Division in your corner, and as a member of CSLEA, our team of attorneys is here for you,” said CSLEA President Alan Barcelona.  “I imagine HPOs Bryant Durfee, Romerio Mafnas and Abram Puebla are extremely grateful to have received years of legal assistance with this matter and to have been victorious in their pursuit of fair compensation for the jobs they were performing.  This was a great job by our attorneys in our Southern office.” 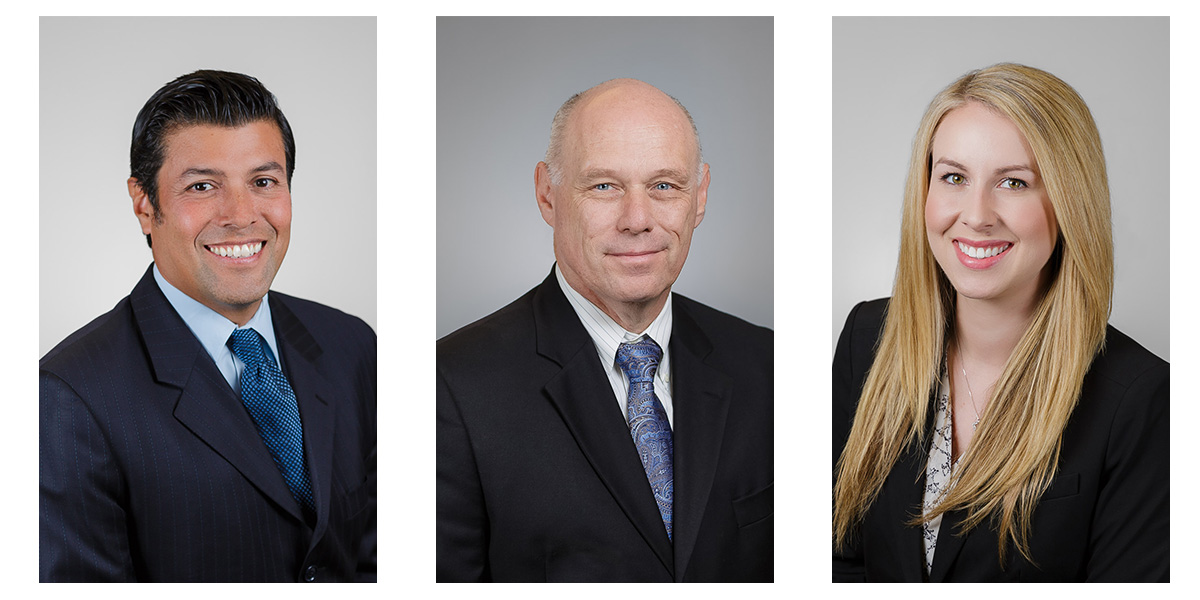